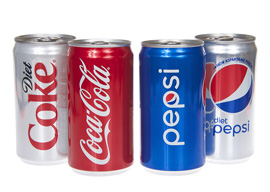 The internet search giant [Google] also confirmed earlier reports that the Internet Research Agency [a Kremlin-linked hasbara outfit] had purchased search and display ads from it. Google said the group had bought $4,700 in ads…

How could poor Hillary, with only $1.2 billion and a virtual monopoly on the fervent support of the press lords—both American (such as Jeff Bezos of The Washington Post) and un-American (such as Carlos Slim of The New York Times)—hope to compete with Moscow’s marketing might?

Seriously, the rather improbable effects attributed to Russia’s expenditures raise a question that I’ve long mulled over: How well can advertising be proven to work?

Political advertising expenditures have been much studied. While the bigger spender usually wins, political scientists suspect that’s mostly because big donors prefer to give to likely winners, because losers can’t do them favors.

What about commercial advertising to consumers?

Clearly, online advertising has worked very well at making the founders of Google and Facebook rich beyond the dreams of avarice. But where are their customers’ yachts?

Have you noticed that a remarkable number of print magazines are still around in 2017? After the crash of 2008, I expected magazine racks to be empty by now. But apparently, glossies remain a good way to make expensive stuff look glamorous.

Paper periodicals will likely take a huge hit in the next economic downturn when luxuries become unaffordable again, but their continued survival today suggests that, despite all the theoretical advantages of personalized onscreen advertising, there’s something still not quite right about online ads.

Yet, could advertising in general be over-advertised? To paraphrase a Kevin Spacey movie:

The greatest trick the advertising platforms ever pulled was convincing the world that advertising works.

One unsettling possibility is that most everybody wants to be tricked into believing in the power of advertising. After all, we get shown all sorts of interesting things for free or low cost that we’d have to pay for if it weren’t a truism among hardheaded businesspeople that Advertising Pays.

“Our assumption that somebody must have proved that advertising works is reassuring even if nobody can remember the exact details.”

I worked in marketing research for eighteen years in the late 20th century and helped write a couple of white papers on whether our internal data showed that paying for more television commercials would sell more supermarket products.

The firm I worked at had constructed the finest test-marketing laboratory in history.

(Even after a third of a century, I want to maintain a certain level of obscurity, so I’ll call the service BehaviorCheck.)

In the first half of the 1980s, BehaviorCheck was wildly successful at being hired by blue-chip makers of consumer packaged goods, such as, I’ll call it, G&Z.

When launched in 1980, BehaviorCheck was a science-fiction wish-fulfillment fantasy for marketers.

Brand managers had always dreamed of proving to their CEOs that if only they’d be given a bigger budget, their brilliant ads would move more product. And now BehaviorCheck was here to provide scientific proof about just how persuasive their ads were if only they were given a larger budget.

A BehaviorCheck test market was run in one or more of the eight small cities where our firm had bought newfangled laser checkout scanners for all eight to twelve supermarkets in town. In return, the grocers had their checkers scan the barcode ID cards of a couple thousand families we had recruited to share with us scanner records of all items they purchased. We then manipulated which commercials they saw on cable television.

In a typical test, G&Z would hire us for a year to show double the normal national level of ads for, say, Crust toothpaste to a test group of 2,500 households, and the regular level of ads to a control group matched for exactly equal toothpaste buying over the previous year.

But in the second half of the 1980s, clients started to complain that very few of our tests showed that increasing TV advertising by 50 or 100 percent would move the needle on sales at all.

In response, we did a couple of meta-studies summarizing hundreds of test markets we’d run.

Occasionally, we found, higher advertising did pay off, especially if you had news to share, such as that your chemists had actually invented a better ingredient. Dave Barry joked in 1988 about one new version of a product that really did benefit from higher ad spending:

The Toothpaste Manufacturers Association, which each year holds a contest to come up with a new repulsive dental substance for Americans to worry about (previous winners: “tartar” and “plaque”) announce that this year’s winner is: “scuzz.”

If you really had invented a scuzz-fighting toothpaste, it could definitely be worth your while to invest in alerting consumers about the menace of scuzz.

On the other hand, if you didn’t have any news to tell consumers, we didn’t find much evidence that you could cajole them into buying more just through the awesomeness of your advertising.

This is not to say that good advertising couldn’t help a new brand, but there tended to be diminishing returns once an identity was established.

For example, we did a long-running test for one famous product that had used the same slogan for so many years that the character who said the catchphrase was as identifiable to the public as Jimmy Carter.

While the control cell saw the standard level of advertising, one cell saw more and another cell saw less. There were no differences in sales among the three cells.

As the evidence piled up, I recommended to G&Z that they pay us to test cutting their advertising budgets. They could start perpetual tests with us to see if reducing ad spending hurt their products’ sales. If it hadn’t after two years, they could cut their commercials nationally. If in later years our forerunner tests picked up a long-term downturn, they could boost advertising nationally back to the original levels before any harm was done.

For $5 million in testing, they might be able to save $50 million (or even $500 million) in advertising. (G&Z currently spends about $7 billion per year on advertising in total.)

This logic seemed unassailable to me. But my contacts at G&Z explained that no brand manager had ever gotten promoted by cutting his ad budget. G&Z believed in advertising. To consider reducing commercials was heresy.

Our assumption that somebody must have proved that advertising works is reassuring even if nobody can remember the exact details.

It could be that advertising works in other ways than by encouraging the consumer to buy more.

For example, advertising could be strategically defensive. In the early 1980s the Cola Wars were fought so fiercely that collateral damage included setting Michael Jackson’s hair on fire while shooting a Pepsi commercial. It’s not clear whether Pepsi or Coke sold any more product relative to the other, but perhaps by competing against each other on TV so avidly, they precluded a third brand from trying to threaten their cozy and immensely profitable duopoly.

Perhaps the best kind of advertising is the kind that doesn’t look like advertising.