The Fence Around the Ivory Tower 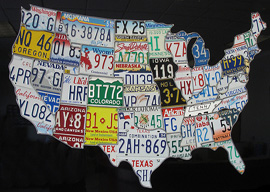 Scottsdale, Arizona, a sprawling (184 square miles) suburb of Phoenix, home to countless new golf developments in the late 20th century, was allowed to grow only 7.2 percent in the 2000s, despite skyrocketing home prices during the housing boom.

Less ostentatious Provo, Utah, the site of BYU and sometimes said to be the most Republican city in America, grew 7.0 percent, also trailing the country as a whole.

Even more strikingly, over the last generation, elite colleges have concentrated upon becoming more elite, not more accessible. Immigration boosters insinuate that patriotic Americans should want a nonstop deluge of immigrants to prove we’re Number One. In practice, though, the attitude of America’s most celebrated colleges has been identical to that of our snobbiest country clubs: Who needs the hassles of growth when our prestige is proportional to the multitudes turned away?

Some colleges have swollen to keep up with the country’s vibrantly diverse population, such as U. of Central Florida and Arizona State. But they tend to be ones you mostly read about on the sports page, if anywhere. For example, in Back to Blood, Tom Wolfe spoofs Florida International“now the nation’s fourth-largest undergraduate college with 39,147 students, two-thirds of them Hispanic”by calling it Everglades Global University. Nonetheless, few people outside of South Florida will get Wolfe’s joke, because who ever heard of Florida International U.?

In contrast, consider the growth rate of Harvard, the world’s richest university. The number of undergraduates in its class of 1986 was 1,722. After a quarter of a century, during which the US population grew by 75 million, Harvard’s class of 2011 was 1,726: an increase of four.

This is not to say that Harvard isn’t expanding: Faculty and grad students are up, and non-teaching staff skyrocketed.

Similarly, Yale’s undergraduate student body has been the same size since 1978. Five years ago, the second-richest college announced a proposal for adding a couple of dormitories, but construction won’t proceed until another $300 million is raised.

In 2010, MIT unveiled plans to expand undergrad enrollment by six percent, which would only get it back to where it was in the 1990s.

Among the most prominent colleges, Princeton is the only one over the last generation to have actually succeeded in boosting enrollment (and that by only about ten percent) after it opened the Whitman residential college in 2007.

Some colleges have constricted campuses, but Stanford has it all: a $17-billion endowment, new gifts of over a billion dollars just last year, 36,632 applicants for the freshman class of 1,767, and an immense 8,180-acre campus in the heart of Silicon Valley featuring seven squares miles of undeveloped parkland.

In 2007, Stanford president John Hennessy pointed out that “the size of our undergraduate population has remained nearly level for more than 35 years. In 1970, the undergraduate class size was 6,221; in 1980 it was 6,630; last year it was 6,689.” The consequent increase in the rejection rate allowed Stanford to more than double its percentage of freshmen scoring 700 or higher on the Math SAT. (Over the same period, California grew from 20 million to 36 million”although in fairness, California’s test scores did not improve as much as Stanford’s.)

Hennessy went on to issue a less than ringing call for Stanford insiders to start talking gingerly about the pros and cons of growth:

This is not a conversation to be undertaken lightly. To be certain, expanding the size of the undergraduate student body even slightly would have consequences”educational, social and financial.

Then in 2009, Hennessy announced that he had “postponed consideration of the question of whether Stanford could or should increase the size of its undergraduate student body.” Notice that the Stanford president didn’t postpone expansion: He postponed considering whether Stanford should, or even could, expand. Can’t be too hasty: If Stanford winds up with one undergrad per acre of campus, who knows what could go wrong?

Perhaps the defining activity of American life since the 1960s has been elites conspiring to become more elite. While it’s fun to point out the hypocrisy of the most successful, it’s also worth noting that maybe they are on to something in their desire for quality over quantity in people.

But that’s the last thing we’re supposed to think about it when it comes to immigration policy.