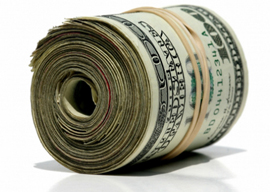 Thank God for air conditioning. A scorching Labor Day weekend found me home-bound, doing research on New York Times columnist Mr. Frank Rich. Unlike most of my conservative acquaintances, I love The New York Times. Just stay off the op-ed pages. The newspaper is full of informative articles and interesting features. We all know that. Simply put, I don’t let the op-ed pages spoil my day. In truth, sometimes a guest op-ed makes my day. Great thinkers are delighted to share their ideas. An interesting book might be compiled, devoted strictly to those guest op-eds.

The in-house crew is another matter, with the exception of Maureen Dowd, for whom I have a soft spot. Some of her columns ridiculing and satirizing the Cheney-Bush co-presidency are priceless, over-the-top. The dauphin, Rummy, Wolfie, the Neocons and the dark-sided Regent, the madman Cheney, and that unfortunate nonentity, Condi Rice. What a cast of malfeasant, misfeasant, mendacious characters. What material to work with! To her credit, Dowd made the most of this unseemly spectacle while it lasted, and did not take herself too seriously.

Alas, then came the inevitable blowback, when folks were desperate to escape the horror of war, arrogance, and a mismanaged economy. So desperate in fact that they voted for the mystery man and boy wonder, Barack Obama. It was either that, or the Cheney-Bush surrogate, crackbrain McCain. Anyway, I am not familiar with Frank Rich, because I never read him until now.

It appears that Frank Rich infuriates many people on the Right. He targets any moving object on their side of the political divide. This seems to be his life’s work. At the moment, anyway. He used to be the chief theater and film critic for The Times. He has since been given the role of in-house “progressive” Democrat. He’s there to provide a warm bath for readers who think progressively.

Let’s take a central issue of contention. Was Frank Rich for or against the launching of the war in Iraq? To his credit, he was against it. Or at least skeptical, as this pre-war column of September 14, 2002 entitled “Never Forget What?” demonstrates. (Down the hall, the notorious Judy Miller was conspiring with the Neocon cabal at the Pentagon known as The Lie Factory to make sure that the war was launched on schedule.) In the run-up to the invasion, Rich was on the radar screen, asking the right questions. But why? Was it simply that Bush Jr. and Dick Cheney were for him loathsome Republicans? Was that it?

Rich proclaims the brothers Koch are bankrolling The Tea Party because they are “self-interested”—they are “fat cats” who hate taxes and regulation. That makes them unique?

In view of Rich’s subsequent, well-suited career as the in-house Lefty, one wonders if Rich would have given an establishment Democratic warmonger-enabler, say like Hillary Clinton, more slack and less scrutiny. Rich went on to write a book about Bush Jr. and “Operation Iraqi Freedom”, which was published in 2006. The theatrical aspects of the whole dishonest affair were highlighted. Of course, it does not take a genius to recognize a debacle.

In certain ways, Frank Rich reminds me of my old friend, Professor Stephen Graubard, who was the erudite editor of Daedalus for many years. Daedalus is the journal of the American Academy of Arts and Sciences. Stephen wrote an excellent but forgotten book about George Sr., entitled Mr. Bush’s War

, in which Bush Sr. is lambasted for resorting to war in response to Saddam Hussein’s 1990 annexation of Kuwait. Remember that episode?

The fake-state of Kuwait was a lost province of Iraq; a hectoring, unctuous Margret Thatcher demanded that George “not go wobbly” because the world might spin off its axis. The British Empire borders of the Middle East had to remain sacrosanct. Bush and his major-domo/Secretary of State, James Baker III, ran with it. I certainly shared Professor Graubard’s anti-war outlook at that time, but it was not clear to me why he felt so strongly. His opposition to war did not seem grounded on history, but on personalities.

We exchanged letters on this topic and others, and I sent him a preliminary draft of my book, which he wrote he found “immensely interesting” although he disagreed with much of it. I concluded in the end that Stephen, as a “progressive” Democrat, just could not stomach George H.W. Bush. Fine. I always said that Reagan’s biggest mistake was his very first one, picking H.W. as his running mate.

Professor Graubard is a consummate intellectual, a Harvard graduate like Frank Rich, and a wonderful writer. All right. If Bush Sr. wanted to go to war against Iraq, Stephen figured something had to be wrong. It turned out that Stephen was correct. The Bush-Baker-Thatcher war was a slaughterhouse for the Iraqis and self-defeating for the Americans. It opened the door to the trap we find ourselves in today, and it led directly to the 9/11 terrorist attacks a decade later.

Mr. Bush’s War did a fine job of chronicling that particular chapter of interventionist folly in 1991. (More recently in 2008, Stephen Graubard interviewed Henry Kissinger for the Financial Times.) Perhaps in a similar way, Frank Rich, a fellow “progressive”, could not stomach George Bush Jr. in 2001. Understandable. Ergo, the second American attack on Iraq had to be a mistake. Right again. But this begs the big question: if both Iraq wars—Operation Desert Storm and Operation Iraqi Freedom—were so ill-advised and irresponsible, then why did most of the Democratic leadership on Capitol Hill roll over and vote to authorize hostilities in both instances?

Which brings me to Frank Rich’s recent broadside on the the Tea Party phenomenon entitled “The Billionaires Bankrolling the Tea Party”. I’m not sure what to make of the Tea Party, but Rich naturally detests it. He regards it as a threat to his “progressive” agenda. For him, the Tea Party represents an outbreak of right-wing know-nothingism. In the latter category, Rich cites specifically the American Liberty League of the 1930’s and the John Birch Society of the 1950’s and 60’s. To me, these organizations appear like spontaneous outbreaks of populist patriotism. Who knows where they might have led? Rich is genuinely alarmed. The natives are restless.