The Ghosts of Earl Butz 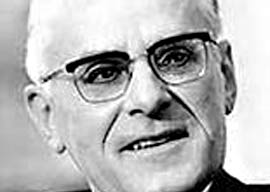 In 2011, a mere 12 percent of the NFL’s starting quarterbacks were black. In 2013, a scant 3.1 percent of MLB pitchers were African-American. At the 2012 Olympics, only 6 percent of the US swim team’s members were black. But this isn’t about facts. It never is when you’re dealing with taboos.

Only a few months after Al Campanis lost his jobs for impugning African-Americans’ buoyancy, CBS fired sports broadcaster and Vegas bookmaker Jimmy “The Greek” Snyder for uttering the following words during a TV interview:

The black is a better athlete to begin with because he’s been bred to be that way, because of his high thighs and big thighs that goes up into his back, and they can jump higher and run faster because of their bigger thighs and he’s bred to be the better athlete because this goes back all the way to the Civil War when during the slave trading…the slave owner would breed his big black to his big woman so that he could have a big black kid….If they take over coaching jobs, like everybody wants ‘em to, there’s not going to be anything left for the white people.

With these comments, Snyder had committed two mortal sins: 1) He suggested that breeding was correlated with differences among human groups; 2) He expressed anxiety over white displacement. These sentiments were not to be tolerated nor forgiven.

And the penalties for breaking these taboos have only intensified over time.

Now if you’ll kindly excuse me, I’m going to take a nice warm shit, put on some loose shoes, and go snag me some tight pussy.