The Human Impulse to Dehumanize 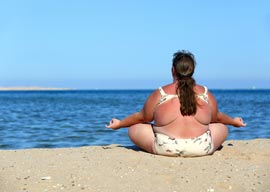 To me, what’s far worse are those who feel it’s their ethical duty to see Hopkins caged like a dog merely for expressing sincere opinions, no matter how caustically. If you call the cops on someone, you are proactively doing something that will bring at least a smidgen of human suffering on them. Under what definition of the term is that not inhumane? Hopkins’s legions of antagonists, the fat Scottish bastards, are wishing actual literal physical harm…or at least physical confinement…upon her for words. That’s right”only words.

There’s a crucial difference between saying “I don”t like you” and saying, “I”m going to take action that causes you literal harm in the real world.” In every case, the latter is far, far worse.

It is that ugly little hypocritical wrinkle in every idea of “justice” known to man”that to avenge wrongdoing, one must engage in some activity that would normally be known as, well, wrongdoing. To send a clear message that it’s wrong to harm people, somehow it makes sense for the ethically deaf to, well…harm the person who reputedly harmed someone first.

That is a basic logical fallacy known as “two wrongs make a right,” yet it underpins almost all human notions of “justice,” which is really a dishonest and self-exculpatory way of saying “revenge.”

Over the years I”ve closely monitored how consistently hateful is the rhetoric of those who claim to be fighting hate. The modern world, especially online, is peopled with millions of spiteful little nobodies who seem absolutely out of touch with their own malice and hatefulness.

I prefer the company of people who openly acknowledge they”re capable of hate without needing to justify it. They tend to be loads more fun than the crusty rumps that cloak their hatefulness under some dimwitted notion of morality.

Over the past few years”the past very few years”the natural act of finding something repulsive has suddenly been deemed to be far more repulsive than whatever you found repulsive in the first place. In other words, it’s no longer bloody, sweaty, HIV-laden, feces-smeared guy-on-guy anal sex that is repulsive”it’s those who find it repulsive. The extremely obese are no longer repulsive”it’s those who dare to express the sincere personal opinion that they”re repulsive. It’s a deft, but rather obvious”at least to me”act of psychological projection. It’s a way to vent pure hatred under a soft and cowardly blanket of love.

I say if we”re going to let hate get the better of us and start killing people, let’s shove the hypocrites to the front of the line.