The Liberal Stampede to ‘Abolish ICE’ 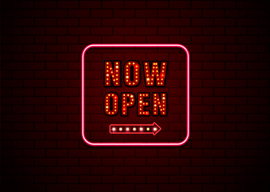 But liberal elites making fools of themselves is a less serious matter than the savage slanders Democrats are hurling at the 20,000 men and women of ICE who are daily protecting us and our country.

ICE, after all, was established to prevent another 9/11, when real terrorists, some of whom had overstayed their visas, massacred 3,000 innocent people, most of them Americans.

This vilification of ICE, writes Deputy Director Thomas D. Homan, represents both an injustice and an act of ingratitude:

“Since September 2016, ICE has arrested nearly 5,000 criminal aliens in New York—individuals with a criminal conviction in addition to their violation of immigrant laws. Many of these arrests were conducted at large in the community which ICE is increasingly forced to do due to sanctuary policies in the state that prevent us from taking custody of criminal aliens in the secure confines of a jail.

“Governor (Andrew Cuomo) supports these policies at the expense of the safety of the very same communities he took an oath to protect.”

Whatever one may think of Trump’s policy of “zero tolerance” of immigrants who break into our country, for elites to smear the 20,000 men and women who risk their lives to keep us safe, as “terrorists” and “fascists,” is an especially egregious form of liberal ingratitude.

What is it in the DNA of the left that it is always ready to enlist in any new war on cops?

The issue of 2018: Should we, or should we not, abolish ICE and embrace the progressive alternative of open borders?