‘The Most Dangerous Man in the World’? 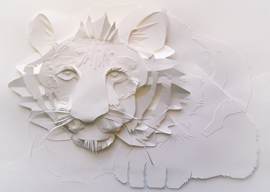 But what exactly are we to fear? And what is the imperative for war now on Iran, for which this piece beats the drum?

Khamenei has declared that nuclear weapons are immoral and Iran will never acquire them. Is Islamic Iran’s supreme religious leader lying through his teeth? Where is the proof? Where is the hard evidence?

Sixteen U.S. intelligence agencies stated unanimously in 2007 and reaffirmed in 2011 their conviction that Iran does not have an active nuclear weapons program. In the Standard piece, John Sawyer, head of the British Intelligence Service MI-6, “flatly stated in July that we have two years left before the Iranians can build a weapon.”

And if we should fear this most dangerous man in the world, why do not the Iraqis, Turks, Azerbaijanis and Pakistanis, his neighbors, seem to fear him? The Paks, with scores of nukes, seem less nervous about Iran than democratic India, with whom they have fought several wars.

Before now it has been Iran’s President Mahmoud Ahmadinejad who was the incarnation of Hitler. But Ahmadinejad’s eight years in office are up next summer, and he is reportedly going back to teaching.

For all his bellicosity, how many wars did Ahmadinejad fight?

When was the last time Iran started any war?

On Al-Quds Day, Wednesday, an annual event since the 1979 revolution, Khamenei reportedly said he was confidant “the fake Zionist (regime) will disappear from the landscape of geography.”

Yes, and Nikita Khrushchev said, “We will bury you,” and, “Your grandchildren will live under communism.” And we buried him, and his grandchildren saw the end to communism.

The author of the “Most Dangerous Man,” Reuel Marc Gerecht, says that should Israel attack Iran, Iranians “will probably take their revenge through terrorism” or opt for “playing dead and railing against Israel in the court of world opinion.”

Would Adolf Hitler or Hideki Tojo, pre-emptively attacked, respond with acts of reprisal untraceable to them, or denunciations of their attacker in the “court of world opinion,” or by playing possum?

Our fathers crushed fascism in four years and outlasted for half a century the evil empires of Stalin and Mao that had murdered millions. And we should be fearful of an ayatollah?