The Most Selfish Suicide Ever? 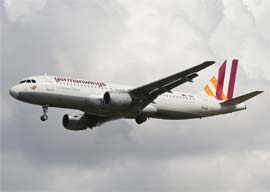 It’s gotten to the point where every time that some crazed psycho deliberately crashes a plane into a mountain, some dimwitted enabler will rush to the smoldering crash site to explain that the poor guy who killed everyone was depressed.

German and French investigators claim that last Tuesday, 27-year-old Andreas Lubitz purposely drove a Germanwings Airbus 320 smack-dab into a mountain in the French Alps, instantly killing himself and the other 149 passengers. If these investigators are correct, this was not only a suicide”it was a deliberate mass murder that killed far more people than any one-man shooting spree in history.

“¢ The rumor that he was suffering from poor eyesight and would thus be gently squeezed out of his lifelong dream of becoming a full-time pilot with a major airline.

“¢ The idea that Lubitz was a closeted homosexual who could no longer contain his secret and decided to kill a bunch of people, including himself, in a manner so theatrical that even Liberace would be jealous.

What is theorized so far is that Lubitz needed to take several conscious steps in order to ram that plane into that mountain and smash 150 human bodies into tomato paste:

“¢ He had to deliberately hide from his employers the fact that he”d received a sick note requiring him to stay home from work the day of the crash. German law requires employees to report such conditions to their employer, while it forbids employers to inquire. The sick note”which Lubitz had reportedly torn up”was for an “unspecified illness,” but several signs indicate he had been fighting depression and “burnout” for years. He had been prescribed antidepressants, as a police search of his apartment reportedly yielded “mountains of pills.” It’s unclear whether he”d been taking his medication prior to the crash.

“¢ He then had to deliberately reset the plane’s altitude downward so that the aircraft was aimed like a missile at the mountains.

“¢ He then had to deliberately ignore his pilot’s shouting and banging on the door. He had to do this for eight minutes. He sat there silently for eight minutes fully aware that he was about to kill 150 people.

To me, that sounds like Lubitz made a conscious series of choices, all of which were required for him to pull off this Cecil B. DeMille-sized production. If he”d avoided any single one of these choices, the plane could have landed safely and he would have been free to take his life without snatching the lives of 149 others.

Some, though, insist he had no choice in the matter. They say he was “mentally ill””specifically, that he was “suffering” from depression. And they claim that it was his “illness,” rather than his willfulness, that led to this gory death pyre in the mountains. “Would We Be ‘Blaming’ Cancer for the Deaths of Those People Who Perished in the Alps?“ blared an acutely stupid Huffington Post headline.

No, ya daffy bastard, “we” wouldn”t be blaming cancer. That’s because cancer is a real disease. Depression, on the other hand, is a state of mind, one that is malleable depending on how one reacts to depressing circumstances in one’s life. What always gets lost in this endless quest to medicalize “depression” is not the mere fact that you”re depressed”it’s why you”re depressed.

Depression is not an illness, it’s an emotion. Yet curiously, you never hear anyone describing anger”another emotion”as an illness. I never hear anyone excusing a mass murder because the perpetrator “suffered” from anger. If you”re depressed, though, you can”t help it. The Devil made you do it. But if you”re angry, it’s all on you. It’s funny where people draw the line between biological determinism and free will.

Is it possible, though, that the psychoactive effects of antidepressants, rather than “depression,” played a part in Lubitz’s stony eight-minute plunge into that mountain? A depressingly high quotient of mass murderers these days seem to gobble these little happy pills and then go on slaughtering sprees. So the pills may have played a role in Lubitz’s derangement.