The Neocowardice of Rich Lowry 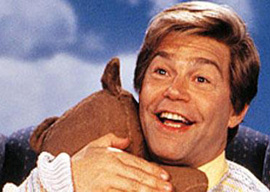 Bizarrely, Lowry admits that “There is much to be said for Hagel’s warnings prior to the Iraq War that the conflict would have unintended consequences. So it did”horrifying ones,” but he notes that “at the end of the day, Hagel voted for the war.” Lowry also writes (only in the Politico version) how “Often, Hagel was in a tiny minority,” so one can assume that had Hagel voted his conscience on Iraq, Lowry would slam his dissidence. It would seem that Hagel can’t win with Lowry.

The centerpiece of the critique may be Lowry’s perception that Hagel has a “disdain for Israel.” By this, Lowry seems to mean that Hagel is not an Israel hawk and questions America’s relationship with Israel. No evidence is given in the article for “disdain,” merely tales of Hagel’s unwillingness to sanction Middle Eastern nations and label this or that group as “terrorists.” He has also expressed a willingness to “negotiate with terrorists.” Carrying on the tradition of William F. Buckley’s old attacks of anti-Semitism against Joe Sobran and Pat Buchanan, Lowry implies that Hagel may not support Israel due to prejudice, citing the fact that “Hagel has caught grief for once referring to pro-Israel groups as the ‘Jewish lobby.’” Lowry writes that “Hagel clearly has the contempt for Israel of a Euro-sophisticate.”

One might assume that Lowry hopes for a Republican attack against Hagel’s nomination as strong if not stronger than the one mounted against Susan Rice. It may happen. But it’s worth remembering that Hagel earned two Purple Hearts in Vietnam and saved his brother’s life when their armored personnel carrier hit a landmine. Perhaps the severe burns he received while serving make him think twice about war and sanctions, or maybe it was seeing blood pour out of his unconscious brother’s ears. Regardless, Rich Lowry appears to hate him for it and would rather have “a partisan appointment for secretary of defense.” Lowry may have the guts to slam Hagel on the Web, but he can’t even muster up the courage to fight Al Franken, let alone serve in the military he wants to see march across the globe. But who knows? Franken is Jewish, and maybe Lowry merely didn’t want to seem anti-Semitic.