The New York Sun in Memoriam 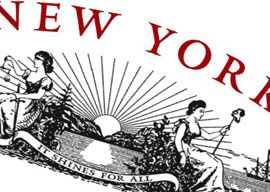 The most interesting political fact about the Sun went largely unnoticed. Robert Messenger, in setting up the culture section (as reported by Meghan Clyne in National Review) for the paper’s approach to arts criticism: “It’s the idea,” he said, “that there’s one set of standards, which doesn”t recognize whether you”re black or white, male or female.” This was a unique position to take in New York’s newspaper world, and remains one. The results spoke for themselves. Nat Hentoff offered this assessment: “There is no other paper that has an arts section that goes anywhere near on a daily basis what the Sun has. I would bet that…there may be no paper in American journalistic history that has an arts section like the New York Sun.”

The Sun‘s editorial stance, as elucidated by Lipsky in 2002, was for “limited government, individual liberty, constitutional fundamentals, equality under the law, economic growth… standards in literature and culture, education.” Which, eight years later does sound remarkably like what voters are demanding right now. Throw in cultural coverage which stole the high ground from the Times, a crack real estate section, a literate sports section, lush visuals, and one of the best crossword puzzles in the country, and the loss to conservatives (and anyone else with an open mind, including those less preoccupied with Israel than Lipsky) is immense.

According to the post-mortem in New York magazine, the Sun needed $10 million from new investors to keep going “ peanuts to wealthy New Yorkers even in a financial crisis. As one of the original investors, Michael Steinhardt, complained at the time, “There are all sorts of people in this city who purport to love reading the Sun who could easily have said, “I want to be part of this.”” But they didn”t. Lipsky is mum on the subject of the Sun‘s attempt to save itself financially, so who knows why what didn”t happen didn”t?  But I bet if David Geffen were an east coast Republican, he, and others like him, would have ensured the Sun‘s survival. They would never have allowed such a political and cultural asset to disappear. That’s not praise of Geffen; it’s just a fact.

Lipsky is a gruff optimist of the old school, and not a person inclined to complain. While conceding that the Sun (which has begun to revive online), though mostly in the form of editorials) was “not admired by the press critics, to put it mildly,” he also adds that “No one owed us anything.” This is technically true, but those who label themselves “media critics” do owe journalism (and the public) something “ namely, the truth—and in this case they rarely delivered it. To criticize the Sun‘s stance on Israel was one thing; to pretend there was nothing else in the paper was merely an under-handed way of driving off potential readers. The treatment of the Sun made for a shabby chapter in New York’s media world, and is proof that even in arts-mad Manhattan, politics trumps culture “ by a mile.