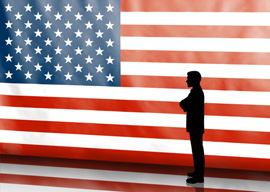 In modern Anglo democracies, no more than one national election in ten offers a choice between fundamentally contrasting policies. I have never been eligible to cast a vote in such an election.

The last US presidential election offered, as I complained at the time, a choice between “the moralistic imperialism of John McCain [and] the welfare-state-to-the world sentimentalism of Barack Obama.” In the event, Obama turned out not to want to give away as much of our national substance to foreigners as I feared. Moralistic imperialism-wise, he’s given the neocons a run for their money”I mean, you know, our money.

I voted for McCain anyway in 2008 as the lesser of two evils. Looking back, I doubt a McCain victory would have made as much difference as I then supposed. On big issues of national policy”war, energy, employment, immigration, multiculturalism, the public fisc”the two candidates of 2008 were essentially twins. The most that can be said for a McCain presidency is that we might have been spared homosexualist crusader Elena Kagan and affirmative action hire Sonia Sotomayor as Supreme Court justices. (Senator McCain voted “no” on both at nomination.) On Supremes, however, see below.

In 2004, the first presidential election I ever voted in (I only got citizenship in 2002), I was still clinging to the illusion that George W. Bush had a conservative bone in his body. John Kerry’s egregious awfulness fortified that illusion.

Those occasional anomalous elections aside, modern Anglosphere politics has settled into a kind of one-party state. We are not offered choices, only faint nuances of policy.

Surveying the political developments of the last few decades in both my native and adopted countries, I find it hard to convince myself that politicians have been very relevant. The impression is of a great rolling juggernaut whose drivers have been able to exercise very little control; or of electorates wandering east to west, west to east, on the deck of a southbound ship.

Think of some big American national-policy questions of our time.

“¢ Should abortion be unconstitutional?

“¢ Why are we in NATO”an alliance created to deter Soviet imperialism”21 years after the Soviet Union ceased to exist?

“¢ Should “chain” immigration be restricted to spouses and dependent children?

“¢ Should race preferences by public agencies be unconstitutional?

“¢ With life expectancy today around 15 years above what it was when Social Security was introduced and seven or eight years higher than when Medicare came in, why have not eligibility ages for these entitlements been adjusted upward to correspond?