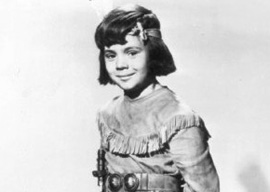 The annual Oscar season is the Olympics of self-satisfied displays of moral superiority. And no one ever played the Oscar campaign game better than Weinstein, whose companies have had their fingers on 341 Academy Award nominations.

“‘Lion’ is the company’s 26th Best Picture Nomination in 28 years, and it is just as exciting as the first. I couldn’t be more proud of the entire team. The most important part of this is the effect that ‘Lion’ is having on social issues around the world. Its themes of diversity, love, and unity are very special to me on a personal level. UNICEF said it best — ‘Lion’ is an anthem of hope, love and acceptance.’ That means more to me than anything.”

Despite all his successes in the virtue business, Harvey, like Bill and Hill (for whom he bundled so many contributions), is not a virtuous individual.

How did the Overlord of Oscar Bait keep his open secret a secret for so long?

One reason is implied by an amusing Twitter exchange last August. I tweeted a Photoshopped version of AP photographer David J. Phillip’s now-famous photo from the Houston hurricane of a brawny white man nobly carrying a petite Asian lady and her baby through the floodwaters. In the Reddit redo, the rescuer was now the Asian woman carrying the helpless white guy. I added a caption joking about the politically corrected picture’s potentially lucrative appeal:

Coming to a movie theater near you: the Weinstein Brothers’ Oscar-winning cinematic adaptation of the Houston photo.

In case you were wondering whether Steve Sailer was a loathsome, reprllent racist filth wonder no longer.

Podhoretz is no fan of Weinstein’s Democratic politics, but for an outsider to joke about Harvey’s history of suckering Oscar voters with sanctimony was just not done.

“Harvey’s downfall is revealing how The Narrative is molded: Follow the money.”

Since August, though, the floodgates have finally opened.

Harvey’s downfall is revealing how The Narrative is molded: Follow the money. Harvey was a master of vertical integration, bribing journalists to be his coconspirators in promoting his movies and covering up his misdeeds.

Despite his close ties with existing periodicals such as Vanity Fair, in 1999 Harvey’s Miramax firm cofounded its own slick magazine, Talk. Harvey hired away Tina Brown, editor of The New Yorker, and gave her roughly $50 million to blow during Talk’s short lifespan. Talk put Hillary on its first cover and used its magazine to promote Miramax stars like Gwyneth Paltrow.

While Brown was happy to help with Harvey’s overt propagandizing, she soon discovered a sub-rosa aspect. Harvey’s modus operandi was to bribe reporters, witnesses, and victims with magazine assignments, book contracts, and movie deals.

Strange contracts pre-dating us would suddenly surface, book deals with no deadline attached authored by attractive or nearly famous women, one I recall was by the stewardess on a private plane. It was startling—and professionally mortifying—to discover how many hacks writing gossip columns or entertainment coverage were on the Miramax payroll with a “consultancy” or a “development deal” (one even at ‘The New York Times’).

For example, Brown implies that Harvey recently bought off feminist avenger lawyer Lisa Bloom, making her his adviser on fighting off sexual-harassment charges, by optioning her book about the martyrdom of Trayvon Martin, Suspicion Nation: The Inside Story of the Trayvon Martin Injustice and Why We Continue to Repeat It, for a six-part documentary series.

Of course, because the Trayvon tragedy was central to Democratic get-out-the-vote strategies, Harvey, a pillar of the Democratic Party, was hardly going to pay hush money for an honest book about how the media was so hungry for a Great White Defendant oppressing blacks that it turned George Zimmerman, of all people, into one.

In turn, awareness among writers that Hollywood is unlikely to give Academy Awards to films based on honest insight inevitably biases the kind of journalism that gets churned out. Why risk doing anything original if there’s little chance of big money and celebrity?

Second, the Weinstein scandal is a good time to bring up a potential reform I’ve been mentioning for about a half decade: We should seriously consider banning child actors from movies and television.

Fortunately, there’s little evidence, at least so far, that Weinstein’s tastes extended to underage girls (or boys). But there have been plenty of rumors to suggest that the entertainment industry could be sitting on various scandals similar to the Catholic priest problems of recent decades.

The Academy awarding its Best Picture Oscar in 2016 to Spotlight, a well-made but minor movie about sex abuse in the Boston diocese, might turn out to bring on a dose of near-instant karma, due to the Oscar voters’ obtuse lack of self-awareness. (The movie and television industry’s point of view tends to be: Hey, at least we’re not the music industry.)

Beyond the possibility of sexual abuse of minors, there’s the general question of whether being a child star is good for people in the long run. I mean, Robert Blake was a star of Our Gang shorts in the 1940s and he turned out fine. Oh, wait…

I’m not aware of any social scientist ever studying the question rigorously, but it would be worth knowing more about how well child stars grow up. One intelligent observer of showbiz psychological pressures, comedian David Spade, offered a plausible picture of the warping effects of having been a famous child in his 2003 movie Dickie Roberts: Former Child Star.

Imagine if The Simpsons had been a live-action sitcom. During the Bartmania craze of 1990–91, the little boy who played Bart would have been world-famous. Today, though, he’d be a weird-looking guy pushing 40. (In reality, Bart has been voiced by actress Nancy Cartwright since 1987.)

A gold standard in social science is the twin study. Because identical twin babies are often hired to portray infants, it might be possible for researchers to find a number of pairs where one twin stayed in the industry while the other did not, and find out which turned out happier.