The Price of Idiocy 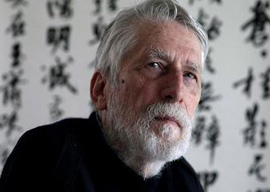 This was too much for Leys (by the way, an ardent Catholic). When his turn came he, normally a courteous and restrained man, said the following:

Idiots say idiotic things. It’s like apple trees produce apples…. The most charitable thing that one can say about her book is that it is complete stupidity, because if one didn’t accuse it of being stupid, one would have to say that it was a deliberate fraud.

He continued his ferocious attack, though he made clear that his attack was not personal, it was against all the frivolous idiocies that had been written about Mao and Maoism by Western intellectuals. And it is certainly true that any Chinese who had lived and suffered through those terrible years would suffer a second time if he read the praise lavished on his tormentors by those who were so easily duped by the regime’s flattery machine. There is no doubt that Macchiocchi deserved what she got.

And yet… There is a photograph in the book of her with Leys. She has a kindly face. There is, of course, no art to find the mind’s construction in the face, but I would guess that Maria-Antonietta (in a way an appropriate name) was a nice person. And, according to the book, she never fully recovered from the humiliation that she suffered on that night because Leys was so obviously a man of integrity, intellectual quality, and attachment to the truth that she must have known that what he said was both true and justified. And she lived with this knowledge for another 24 years, dying at the age of 85.

You can endure such a humiliation when you are young (though it might deform your character if you are inclined to be so deformed), but you still have time to overcome it by later success. But to live the last quarter of a long life in the shadow of such a humiliation (whether deserved or not), one that nothing will now erase, is a sad fate indeed, worthy of some compassion.

Perhaps I feel this sorrow for a person like Macchiocchi, whose ideas I would normally abominate, from something like fellow-feeling. If someone trawled through all that I have written over the years, he could easily find an indictment to equal Leys’ of Macchiocchi. Leys very occasionally might have had errors of judgment (as who does not?), but what he said or wrote was never idiotic. Alas, I cannot say this of myself, and therefore feel sad for Maria-Antonietta Macchiocchi, without it in the least detracting from my veneration of Leys.