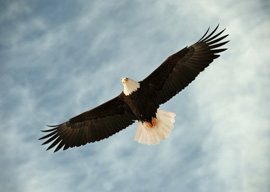 OK, three months are up. Time for another potpourri of unconnected items.

I can’t claim any thematic thread this time. Like the universe in current cosmological models, my output is tending toward perfect entropy, pure randomness. (Before reaching that blessed state, most of the matter in the universe will disappear into black holes. Whether my output is trending toward that ultimate outcome, I leave to the judgment of others.)

Imprimis. The more elections I sit through”this latest one, counting only presidential (US) and general (UK), was my 13th”the more they seem like all form and not much substance. If politics were painting, these big elections would be abstract, not representational. If politics were stage performances, they would be ballet, not drama. If…oh, you get the idea.

I mean, does anyone actually give a fig about the issues? Does anyone ever?

Amnesty for illegals is supposed to be a big selling point with the Hispanic vote, yet as every numerate pundit has noted, Hispanics were less inclined to vote Republican after Ronald Reagan’s 1986 amnesty than they were before.

“I suppose medication has something to do with it. Or perhaps they’ve all gone into politics.”

And how about that Asian-American vote”three to one for Obama? Aren’t Asian-Americans entrepreneurial bourgeois types? Shouldn’t they be going for the low-tax, small-government stuff? Razib says it’s religion. He may be right.

I went to a meeting addressed by Norman Podhoretz when his 2010 book Why Are Jews Liberals? was released. Wasn’t it just because they don’t like Christianity? I asked him. Norman stared at me blankly for five seconds, then asked for the next question.

See what I mean? It’s not issues, it’s race and religion. All those acres of print, all those months of TV time given over to talk about taxation, education, protecting small business, protecting Social Security, America’s role in the world, a path to citizenship, opportunities for women, deficits and debt, unemployment, abortion, fracking, gay marriage…nobody gives a rat’s ass about any of that”nobody but a tiny and ignorable minority on each topic. People vote based on vague, generalized images of the parties”on gestalten.

When I tried out this thesis on a very knowledgeable and worldly acquaintance, a political journalist of some prominence, he said: “Yeah, it was a cultural election.”

But aren’t they all? Eisenhower got 38 percent of the Catholic vote in 1952 and even more in 1956. But in 1960, according to William Shannon, three out of five Catholics who had voted for Eisenhower switched parties and voted for Kennedy. Why did they do that? Worried about the missile gap? Keen on civil rights? Put off by Nixon’s five-o’clock shadow? Mmmm….

A cultural election, right. If “culture” means “race and religion,” that’s sure enough what it was. And here we are yet again with Mr. Lee.