The Tyranny of Anecdotes 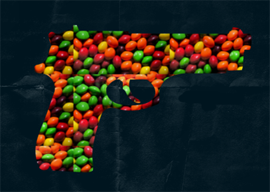 5. A FATHER RAPED HIS DAUGHTER AND SHE GOT PREGNANT
With the advent of the morning-after pill as well as affordable contraception and a culture that proudly promotes it, the abortion debate should be more alive than ever. Are third-trimester abortions OK? Who are these imbeciles ejaculating into women without checking the condom first? Why didn”t she take emergency contraception the next morning? What’s wrong with adoption? Before you can ask such important questions, the abortion advocate points an angry finger in your face and asks, “So, if a girl is raped by her father and gets pregnant, she’s supposed to keep the baby?” How many times has this happened in modern America”once? Unfortunately, to question this scenario is to advocate it, so in the name of feminism we are supposed to support something most women are against.

6. BIRDS FELL FROM THE SKY
An anecdote can be just as damaging when it’s not true. In 1962’s Silent Spring, Rachel Carson described a world where pesticides killed all the birds and their calls are never heard from again. Despite virtually all of her assertions being false, they set the tone for the Green movement and more than half a century later, we”re still being told that chemicals are evil, Frankenfood will kill us, and pesticides are genocide. In Ontario, all pesticides are illegal and only farmers with special permits can use them. Right now, as millions of Africans are dying of malaria, we still take Carson’s advice and say no to the DDT that would end the mosquito problem and go with nets instead. Like Gasland and An Inconvenient Truth, all the tyrants need is one colorful example and the debate is over.

7. A FAG WAS BASHED
It wasn”t easy being gay in the 1950s but as far as modern America goes, it’s pretty sweet. Unlike Africa and the Middle East, we don”t make homosexuality illegal. We make homophobia illegal. As the spouse of a fag hag, my social life is lousy with gays and as far as I can tell, their biggest problem these days is getting dumped. In other words, a homosexual’s worst enemy is other homosexuals. But the Matthew Shepard Foundation would have us believe gays live in constant fear of getting murdered by straights. But Shepard was not beaten to death for being gay. He was a meth head who was beaten to death by other meth heads (one of them gay) because they wanted his money. The only lesson there is to learn from Shepard’s death is not to do meth.

8. A NURSE WAS MEAN TO A LESBIAN
Dan Savage will not shut up about the time a hospital refused Janice Langbehn the right to be at her dying partner’s bedside because she wasn”t her spouse. Like the father who got his daughter pregnant, this really happened, but the Langbehn case is discussed approximately 8,997 times more than gays are prevented from visiting their significant other. I”m for gay marriage, but the way these people bitch about such freak occurrences and the time they were prevented from waving a rainbow flag at the Irish parade makes me want to be against it simply out of spite.

9. A BLACK GUY WAS SHOT BY A WHITE GUY
Remember when that white guy targeted and shot an innocent black boy out to buy some Skittles? It was the last straw for many Americans sick of racist rednecks hunting Negros for sport. For about a week it seemed as if the whole country was either wearing a hoodie or an “I Am Trayvon Martin” T-shirt. Few said, “But 94% of blacks are killed by other blacks” or “The guy who shot him was Peruvian” or “He was acting in self-defense,” and when the evidence kept saying exactly that, everyone promptly shut their mouths.

10. TWENTY CHILDREN WERE SHOT DEAD IN SANDY HOOK
Piers Morgan is finally getting some ratings because he looks at the camera with crocodile tears in his eyes and says, “How many more kids have to die before we can talk about gun control?” There’s no need to infer that being against stricter gun laws means you want children to die, but Piers is literally saying it. Gun owners aren”t even allowed to point out that the shooting happened in one of the strictest gun-law states in the country. We realize it’s counterintuitive to say more guns equal less crime, but that’s what the data say. But in a tyranny of anecdotes, it’s the gut reaction that wins. In their world, maniacs are running around with Uzis killing children. In reality, automatic weapons account for only 4% of guns used in crime and they don”t shoot six bullets a second. Criminals use illegal handguns to kill people and yes, that should be illegal. It is. To say you”re against illegal guns is about as redundant as starting an organization called “Mayors Against Illegal Guns.”

Most people are against illegal guns. Most people want children to be safe. Few want to see black teenagers shot or gays executed. We don”t want cute animals with big eyes to be tortured, but that doesn”t mean waving a picture of one in my face gives you the right to torture me. When confronted with their own hysteria, the left points to gun nuts such as Alex Jones who say we”ll go back to 1776 if stricter gun laws are enacted. But regardless of where you are on the political spectrum, the sky isn”t falling. That’s precisely my point. Stop trying to scare me.

I know I”m not going to die if you try to base policies on anecdotal evidence. I”m going to say, “That unfortunate incident is not indicative of a pattern” and calmly walk away. If you base a law on that incident, I”m going to break it.