The Tyranny of the Bookish 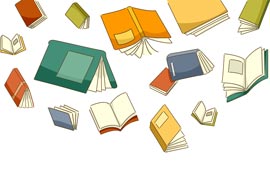 I write with some feeling here as both my kids are un-bookish. Missie, now 22, fidgeted through a year at a local four-year college, then bailed out (“it’s boring …”) and found work as a bartender, which she enjoys. Junior never wanted to do anything but join the military. He enlisted straight from high school graduation and is now a paratrooper stationed in Alaska, coming home on leave twice a year with romantic stories of doing practice jumps under the Northern Lights.

These are smart, healthy, well-adjusted kids, by the way, raised in a house full of books, with a mom who composes poetry while walking her dog. The descriptor “un-bookish” actually needs some qualifying. Missie is a keen reader of fiction, with good literary taste”I have made her a Dickens fan. She’s just had enough years of sitting in a desk being talked at. It’s boring.

Junior actually is un-bookish. He boasts of not having opened a book since graduation. He took in enough from his teachers, though, to make some serious pocket money writing term papers for classmates; and he returns serve very capably in arguments with his old man.

I”m fine with it, and would be even if I weren”t saving a bundle on college fees. In any case, as a hard genetic determinist (nature-nurture looks to me to be about 90-10), I”m fatalistic. There are definitely hereditary influences there. My father, my brother, and my wife’s father all left school at the earliest opportunity to enlist in the military.

“Ten thousand occupations are lowly; only book-learning is exalted.” So goes the Chinese proverb. I say that’s a fine motto … for a rigid despotism where arrogant Mandarins tax-farm a cowed peasantry. Do I want to live in a country like that? No.