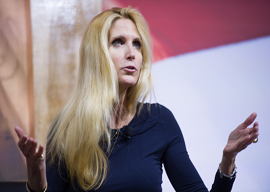 WHEN TEENS HIDE DEAD BABIES UNDER THEIR BED BECAUSE THEIR CULTURE FORBIDS PREMARITAL SEX
Ayesha Tariq is a young female living in England with her mother, Tasleem Akhtar. Obviously their names aren’t British. Actually, they sound Dutch.

A British court recently heard testimony relating to an incident in 2013 when teenaged Ayesha became pregnant, hid her condition with baggy clothing, and either gave birth to a child and then immediately killed it or simply birthed a stillborn fetus. She then allegedly hid its corpse in a small box under her bed for three days before her mother, who as we speculated is apparently a woman of Dutch extraction named Tasleem, noticed an awful smell wafting through the house. It wasn’t until three days later that Ayesha’s mom realized the odor was that of an infant corpse wafting from beneath her sex-crazed Dutch teen daughter’s bed.

Ayesha is facing charges of infanticide. When Mrs. Akthar was asked why her daughter would rather hide a dead Dutch fetus than admit to having premarital sex, the Dutch family matron explained:

Because it is not what we do. It is not culturally acceptable.

We have no other option but to condemn Dutch culture in all its manifestations.

RECLASSIFYING BLACKNESS AS A DISABILITY
Kimani Paul-Emile is a light-skinned black female law professor with one of those “Hey, look at me—I’m black” names.

She is an alleged expert in “race and the law,” or, as some people might call her, a “shakedown artist.” In a recent essay, she suggests that black people might be able to squeeze some more money out of the White Guilt Industrial Complex by reclassifying blackness as a disability:

To be Black means facing increased likelihood, relative to Whites, of living in poverty, attending failing schools, experiencing discrimination in housing, being denied a job interview, being stopped by the police, being killed during a routine police encounter, receiving inferior medical care, living in substandard conditions and in dangerous and/or polluted environments, being un- or underemployed, receiving longer prison sentences, and having a lower life expectancy. These increased risks are not fully explained by income: Blackness in the United States has an independent disabling effect distinct from the effects of socioeconomic status.

It’s an interesting proposition, this idea that blacks are “disabled” merely by living in a racist white supremacist American society. But if that were the case, our melanin-addled brethren and sist’ren would be spreading their wings and soaring higher in black-majority nations. But this isn’t the case—if you judge quality of life by things such as longevity and income, black Americans are doing far better in America than they are in Haiti and Africa.

Then again, maybe she means that merely being black is a disability, but that’s unthinkable and wrong.