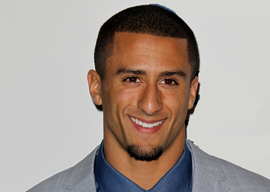 The Week’s Most Boring, Soaring, and Adoring Headlines

CENSUS: NEARLY A QUARTER OF AMERICANS OVER AGE FIVE DON’T SPEAK ENGLISH AT HOME
If you count the illegal aliens who come to our nation and gorge on our cake and champagne like a bunch of party-crashing ingrates, around 21.6% of US citizens over age five speak a language other than English at home. US Census data show that as of the year 2016, nearly one in every four Americans of kindergarten age or older speaks some sort of gibberish that would be indecipherable to King James I or any of the Anglophonic conquerors who came to North America four hundred years ago to kick ass and take slaves.

This quotient is roughly twice as high as it was in 1980, and if trends continue as we clench our anuses and fear they do, in another forty years the English language in America may be as dead as Latin.

Most of the demographic growth among groups who have an irrational fear of the English language is in Florida and the Southwest, places that are afflicted with flying cockroaches and roaming jackalopes. If current trends are allowed to continue and these hordes of maraca-playing, plantain-frying, bean-chewing types are not sent back to their natural tropical homelands, we’ll have another Tower of Babel on our hands, yet it’ll be seedier and more déclassé—call it the Trailer Park of Babel.

NFL OWNERS TO PLAYERS: GET OFF YOUR KNEES, BOY
The idiotic “take a knee” scandal in the NFL was launched in 2016 by a mediocre quarterback named Colin Kaepernick, a mudpuppy ingrate who was the product of miscegenation and apparently had to loudly declare to the world that he’s black because even he has his doubts. It was based on the idea that racist cops are wantonly slaying young black males in the streets because they are jealous of their charm, good looks, and sexual prowess rather than the fact that it is young black males who are statistically far more likely than any other group to be shooting at them.

Last NFL season Donald Trump nuzzled his way a little further into our hearts when he said, “Get that son of a bitch off the field” when referring to the blockheads who knelt during the Star-Spangled Banner with the same sort of defiance that leads several black males to resist arrest or reach for policemen’s guns during routine traffic stops.

“Gay and lesbian activists will obviously never sit down or shut up until everyone is actively gay and lesbian.”

Last week the NFL’s owners voted unanimously—with one abstention, from San Francisco, of course—to get those sons o’ bitches up off their knees and to fine any player who doesn’t get the hell up off his perfectly healthy knee and show respect to the National Anthem. In effect, they were telling these young squadrons of overpaid future Alzheimer’s patients that this is their cotton field and that anyone who refuses to placidly pick cotton to the delight of millions will be denied full rations of cornbread and lemonade.

It is truly morning in America again.

DUMB EBOLA VICTIMS DON’T SEEK HELP DUE TO DUMB SUPERSTITIONS
As everyone knows but is too afraid to admit, there are parts of Africa that are so technologically backward, people eat earthworms and wipe themselves with their hands. In the Democratic Republic of the Congo—a polysyllabic national moniker designed to make it sound less prehistoric than what was formerly known simply as “The Congo”—King Leopold II of Belgium’s notoriously violent predations were in no way enabled by the fact that the country’s indigenous residents never mastered things such as the abacus or the slide rule because they kept trying to eat them.

In an alarming story that has received almost no coverage in the West, the Democratic Republic of the Congo has suffered an Ebola outbreak this month that has already cut short the lives of more than two dozen aspiring rappers and future Beyoncés. The spread of the virus has been enabled by superstitions among indigenous simpletons that Ebola is a spiritual rather than a medical problem and that there ain’t no doctor gonna cure no demons. Some believe that Ebola is “a curse on those who ate stolen meat,” and if you don’t do something demonic such as eating stolen meat, you have nothing to worry about. Others insist that “this disease is incurable…because it’s about witchcraft.”

This all brings up a troubling medical question: What’s the cure for people who are born dumb?

WEBSITE PEDDLES MYTH THAT THERE WAS A “RECORD LOW” OF HOMOS IN HOLLYWOOD FILMS LAST YEAR
Gay and lesbian activists will obviously never sit down or shut up until everyone is actively gay and lesbian.

To show their infantile ingratitude for the grand mass of normal people agreeing to stop throwing up whenever their deviant practices are mentioned and for not burning down Hollywood studios over the fact that every show, documentary, and advertisement has to squeeze at least one fudge-packer or clam-licker into the script, the queer community is mewling like a bunch of spoiled kittens in a caviar factory that it still isn’t enough.

“Hollywood So Straight: Studio Films With LGBT Characters Dropped to Record Low Last Year,” bitches The Wrap about the fact that “Only 12.8 percent of studio films [in 2017] contained characters who identified as lesbian, gay, bisexual or queer.” Mind you, this is “only” about three times the quotient of Americans who actually identify as such. And the headline neglects to mention that this is only a “record low” because the sodomitical special-interest group GLAAD—which never, ever seems GLAD—only started tallying the homo quotients six years ago. We certainly don’t remember any loud-and-proud rump-wranglers or possum-squashers in those old Randolph Scott or Tom Mix films.

PASTOR: SILICON VALLEY AN “ELITIST SHIT DEN OF HATE”
The Guardian identifies Silicon Valley pastor Gregory Stevens as “queer,” which means that he isn’t merely gay and probably commits acts that are even more forbidden by Holy Scripture than simply lying with a man as one would with a woman. But despite his life of sin that will surely lead to the lake of fire if he doesn’t repent and recant, he recently served up a scalding critique of wealthy progressive sanctimony and cluelessness.

Frustrated to the point of PMS at the wealth inequality in California—which despite its communistic pretensions suffers the nation’s starkest contrast between haves and have-nots—Stevens has publicly lashed out with the fury of a power bottom at the hollow inadequacies of “social justice” posturing among the insanely wealthy. Calling Silicon Valley “an elitist shit den of hate,” he offers a scorching critique of what Dickens would call the tech elites’ “telescopic philanthropy”:

I believe Palo Alto is a ghetto of wealth, power, and elitist liberalism by proxy, meaning that many community members claim to want to fight for social justice issues, but that desire doesn’t translate into action….The insane wealth inequality and the ignorance toward actual social justice is absolutely terrifying.

Stevens felt it necessary to add that “Jesus was a homeless Jew” who probably would have disliked people such as Elon Musk and Peter Thiel. He also complained that gentrification was turning Silicon Valley less brown. To be frank, Stevens sounds like a real bummer and pain in the ass.