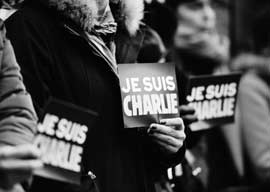 STUDY SUGGESTS POLICE MAY BE MORE WILLING TO SHOOT WHITES THAN BLACKS
Despite the abysmally persistent hype that’s lingered since last summer that American cops are blithely shooting black males dead in the streets for the fun of it, the fact remains that American police killed more than twice as many whites than blacks from 1999 to 2011. When one considers the fact that blacks are lopsidedly overrepresented in committing homicide”as well as being statistically more likely than whites to shoot at police”it appears that this alleged “epidemic” of anti-black police violence is a fabricated mirage.

A recent study conducted at Washington State University suggests that police may be less likely to shoot at blacks than whites in high-pressure situations, possibly because they”re wary of the huge public outcry and endless death threats they”d have to face. Participants in the study faced a video screen with a laser gun and were instructed to shoot at assailants when they felt their lives were in danger. On average, it took them 1.37 seconds to pull the trigger on armed white attackers and 1.61 seconds to shoot black attackers. Surprisingly, it took them only .88 seconds to shoot Hispanic attackers.

The study is flawed in that none of the participants were policemen, but coauthor Lois James says that a similar study she conducted in 2013 included law-enforcement officials and produced similar results. She also cites a 1977 study which speculated that “perhaps, police behave more cautiously with blacks because of departmental policy or public sentiment concerning treatment of blacks.”

Her coauthor David Klinger, who claims to have interviewed more than 300 police officers, says:

RUSSIAN TRANNIES FORBIDDEN TO DRIVE
If authorities have their way, the only trannies on Russian roads will be auto transmissions. A recent government resolution signed into law by Prime Minister Dmitry Medvedev denies driving licenses to those who suffer from an array of medical conditions that include “mental and behavioral disorders.” Among these conditions are exhibitionism, voyeurism, pedophilia, sadomasochism, fetishism, schizophrenia, depression, compulsive stealing, and “pathological” gambling.

But the one group that’s getting all the attention from this law is the “transgendered,” because they are the most rabidly militant special-interest identity group currently in existence. Across the West, people are stepping on the necks of schizos and gamblers just to hug and kiss transsexuals and promise them that having a Russian driver’s license is their natural-born right”even if they aren”t happy with their natural-born genitals.

Speaking of natural-born genitals and their pesky tendency to get in the way of what a tiny yet extremely LOUD minority insists is their natural “gender identity,” the state of Oregon has proclaimed that Medicaid should cover things such as reassignment surgery and “puberty suppression” because as one gender-confused Oregonian youth alleges, having gender dysphoria is as real and life-threatening as having cancer. Likewise, New York State has declared that insurance companies cannot deny “medically necessary treatment“ to those who suffer the savage pangs of gender dysphoria. How one can legally and irrefutably determine why any such procedures are medically necessary remains a strange and exotic mystery.