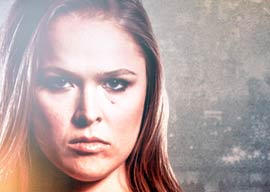 The Week’s Most Atomic, Islamic, and Tragicomic Headlines

UGLY MUSLIM WOMAN: “I DON”T DATE WHITE MEN”
Last Friday evening in France, Islamic extremists”some of whom are thought to have been among this year’s tidal wave of Syrian refugees to Europe”slaughtered at least 100 people in Paris. This event will be covered more extensively in tomorrow’s feature article.

Meanwhile, in Los Angeles, a female Bangladeshi “activist, storyteller, and politico” has revealed to the world that she appreciates the undeniable privileges of living in Los Angeles”rather than, oh, Bangladesh“so much that she has written an article self-righteously declaring, “I Don’t Date White Men.”

Mind you, the authoress ain’t much to look at. (She’s the one in the middle of that picture. If forced to name a member of the animal kingdom that she resembles, we’ll go with the oft-ignored tapir. But just in case any of you imperialist privileged white male pigs were thinking of dating her, she wants you to know that she won’t do it”even if you ask, not that you were thinking of asking her or would ever think of it.

She writes that previously, she found blond white men incredibly attractive, but this was because of the horrors of the “internalized racism and conditioning” she faced growing up in Los Angeles rather than, again, frickin’ Bangladesh, where the nominal per-capita income is barely more than $100 a month. She even writes that her first love was a white boy until she realized he enjoyed white privilege in this society while she didn’t. She even suffered the torments of him calling her “exotic” and her not being able to determine whether this microaggression was a result of his “white privilege, class privilege or gender privilege.”

Again, not a squeak from this whiny tapir about how she’s comically privileged not to be living in Bangladesh.”

We now live in a world where it is racist merely to state the truth.”

As in Europe, America’s spread-eagle immigration policies are allowing a new wave of people”and their children”into this country who find a self-righteous thrill in shitting all over their hosts.

In Canada, 68-year-old Arthur Topham, helmsman of RadicalPress.com, was found guilty of issuing a statement that promoted hatred toward Jews. At issue was an article on the site calling for the sterilization of Jews that Topham insisted was satirical.

Over in Deutschland, 87-year-old “Nazi Grandma” Ursula Haverbeck was sentenced to 10 months in prison for claiming it was her “belief””she stated it as a belief, not a fact”that it has not been “historically proven” that Auschwitz was a death camp. She also said on television that “the Holocaust is the biggest and most sustainable lie in history.”

During the trial, Haverbeck challenged the court to prove that Auschwitz was a death camp, whereupon the judge accused her of being a “lost cause” who “can’t accept any facts.” He told her, “I also don’t have to prove to you that the world is round.”

FEMALE MIXED MARTIAL ARTS SUPERSTAR BRAGS OF BEATING UP HER BOYFRIEND
UFC fighting sensation Ronda Rousey“an Olympic bronze medalist in judo and by far the biggest star in all of mixed martial arts”revealed in her autobiography last summer that she beat the poo-stuffings out of her boyfriend during an argument. According to Rousey:

I punched him in the face with a straight right, then a left hook. He staggered back and fell against the door….I slapped him with my right hand. He still wouldn”t move. Then I grabbed him by the neck of his hoodie, kneed him in the face and tossed him aside on the kitchen floor.

Not once did Rousey state that her boyfriend had laid so much as a finger on her during this beating. Two months after her revelation, Rousey publicly criticized undefeated boxing champion Floyd Mayweather, Jr. for his history of domestic violence.

In 2010, the CDC revealed that one in seven men experienced “severe physical violence by an intimate partner,” the overwhelming majority of whom were women. Yet if society at large ever so much as bothers to notice that women routinely attack men physically, it is met not with horror, but with a loud laugh track and applause”especially if she kicks him in the balls.

RISE OF ‘CREEPY’ AND ‘BIZARRE’ EUROPEAN TRADITIONALIST ‘CULTS’
Last week the Daily Beast took note of a “Creepy White Power Wolf Cult” in Virginia who call themselves the Wolves of Vinland and “ascribe to a brand of neo-Pagan Norse theology that white supremacists often find appealing.” The group’s nefarious activities include mead-drinking, dancing around fires, and refusing to apologize for being white.

England’s Sunday Express has warned its readers of the “resurgence” of a “Bizarre clog-wearing Hitler cult in rural Germany” that indulges in such horrific activities as singing songs around bonfires.

If any readers are aware of any major media in Europe or America referring to traditionalist movements among nonwhites anywhere across the world as “bizarre” or “creepy,” please notify the editors at once.