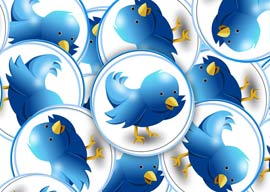 LENA DUNHAM TALKS TO ROCKS
False-rape-accusing and baby-sister-diddling professional fatberg Lena Dunham claims that she became so “terrified” by the fake idea that a “predator will soon be residing in the White House,” she beat a path out to New Age loon-magnet Sedona, AZ in order to consult “the big red rock…for some guidance.” The big red rock told her that this week will be “revolutionary.” If not revolutionary, we can perhaps all agree that Lena Dunham is positively revolting.

KANYE WEST STUMPS FOR TRUMP A WEEK TOO LATE
Rap superstar Kanye West”once described as “so dumb he probably has another brain under his balls so he can walk””earned the scorn of his legions of equally dumb fans last week during an impromptu 40-minute rant in the middle of a concert to inform his slobbering minions that “I would have voted for Donald Trump, if I had voted.” This should not come as a shock to anyone, because prior to this election cycle, Trump was probably the hip-hop industry’s favorite Caucasian.

TEACHERS GO CUCKOO OVER PRESIDENT-ELECT
Because teachers are unionized and depend on taxpayer money even though they churn out one increasingly illiterate graduating class after the next with no fear of termination like most workers in the private sector, they tend to vote Democratic. And just like leftists across the country, they are soiling their diapers en masse after Trump’s victory.

At Rutgers University a teacher named Kevin Allred”who wears a man bun and must never be forgiven for it”was recently taken against his will to the Bellevue psych ward after Tweeting the following comment on November 9:

If I see any Trump bumper stickers on the road today, my brakes will go out and I”ll run you off the road.

This is clearly a threat, but Allred deflected attention from that tweet and falsely stated that he was hospitalized for questioning whether more people would be against the Second Amendment if guns killed more white people. Allred, who teaches a course called “Feminist Perspectives: Politicizing BeyoncÃ©” and actually gets paid for it, wailed that “Trump’s crackdown on free speech has absolutely begun.”

No, jackass, you”re still on Twitter, even after making a clear death threat, while Alt-Right luminaries who”ve never threatened anyone have been purged. It isn”t Trump who’s cracking down on free speech”it’s those who hate him.

In San Francisco, public schoolteachers have been offered a new lesson plan that describes Donald Trump as a “racist” and “sexist,” two words which are entirely subjective and ideological in nature and thus have no place in education. According to the lesson plan’s introduction:

Let us please not sidestep the fact that since Trump has promised to defund sanctuary cities such as San Francisco, many of these kiddie-indoctrinators may likely be out of a job soon.