The Winter of Conservative Discontent 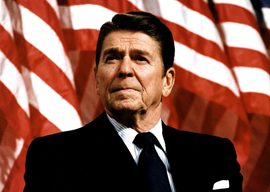 The GOP trump card—we are the party of Reagan, who led us to victory in the Cold War—ceased to work 20 years ago. Then, George H.W. Bush, a war hero who had presided over the fall of the Berlin Wall and dissolution of the Soviet Empire, the victor of Desert Storm, won 38 percent of the vote against a draft-evader named Bill Clinton.

Culturally, the causes of the 1960s’ revolutions—no-fault divorce, legalized drugs, “reproductive rights,” teenage access to birth control, gay rights and gay marriage—have either been embraced or become acceptable to most of America’s young.

As a result of the sexual revolution promoted by the counterculture of the 1960s, the dominant culture today, 40 percent of all births in the United States are now to single moms.

With no husband, these women look to government to help feed, house, educate, medicate and provide income support for themselves and their children. For sustenance and the survival of their families, they depend on that same Big Government that Republicans denounce at their rallies.

As to the GOP’s strongest appeal—we are the party that will cut taxes—half the country does not pay income taxes, and the GOP is about to surrender to Obama even on the tax front.

Republicans stand for bringing entitlements under control. But the primary beneficiaries of the big entitlements, Social Security and Medicare, are seniors, the party’s most reliable voting bloc.

On foreign policy, the most visible Republican spokesmen are Sens. John McCain and Lindsey Graham. Both were unhappy with the withdrawals from Iraq and Afghanistan. Both want to intervene in Syria and Iran.

What does America want? To come home and do our nation-building here in the United States.

The bedrock values of Reagan—work, family, faith—still hold an appeal for tens of millions. But the faith of our fathers is dying, the family is crumbling, and work is less desirable when the social welfare state offers a cushioned existence for life.

Conservatives need to rediscover what they wish to conserve and how, in a climate every bit as hostile as 1964—then await the moment when the country turns again to an alternative.

As it will. For our economic course is unsustainable. And our regnant elite are more arrogant than the establishment of the 1960s, though less able to satisfy the clamors of their bawling constituencies for more and more from a country that is approaching an end of its tolerance and an inevitable crash.