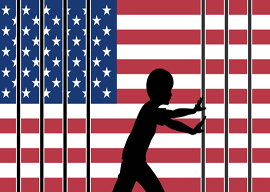 Japan allowed Brazilians who were racially Japanese to immigrate (although Japan has found them less than satisfactory: Nurture matters as well as nature).

Singapore, perhaps the most competently governed state, has a national immigration policy of maintaining racial balance (i.e., a Chinese majority: The ruling Chinese have lower birth rates in Singapore so their co-ethnics back home are allowed to immigrate in larger numbers).

Switzerland, the Singapore of Europe, lets each neighborhood vote on whether to allow individual immigrants to naturalize. For example, in 2015, an outspoken vegan activist who had lived in Switzerland for 34 years was rejected for Swiss citizenship by a 144″62 vote of her annoyed neighbors.

In the 1990s, Germany gave preference to return to the land of their ancestors to tenth-generation Volga Germans, recruited to farm in central Russia by Czarina Catherine the Great.

Spain is legally partial to Latin Americans (although their rapid influx caused massive unemployment after 2008).

I could go on and on with reasonable examples of how racial and cultural preferences in immigration rules are perfectly compatible with high levels of civilization, but that’s hardly the point. The reason a substantial number of Americans have been cajoled into believing it’s vile for white citizens to have any say in who their future fellow citizens will be is because promiscuous immigration is good for billionaires and Democrats.

In reality, it’s corrupting for a country to allow politicians to import ringers to vote for them, and potentially catastrophic when the bosses encourage their new charges to be hostile and demanding toward the natives. But in the U.S., nonwhite politicians are encouraged to import as many co-ethnics to vote for themselves as they can round up. Democratic strategists frequently boast of how they will soon achieve one-party rule in Washington by hauling in nonwhite immigrants. (In contrast, it never occurs to Republicans to ask in white refugees, such as South African farmers.)

Rigging the electoral process is obviously unethical, so Democrats and their PR flacks in the press constantly denounce as the epitome of immorality any stirrings of resistance. Thus, you hear over and over about the plagues of white privilege and racism, while the topic of how the Democrats are trying to steal the country through foreign collusion is left unmentioned. The best defense is a good offense.

Kaufmann notes experimental evidence suggesting that the pro-immigration side doesn”t so much try to win democratic debates as to terrify the majority into silence:

Other work suggests norms not only lead people to frown on voting for the far right, but even prompt them to hide their views on immigration. Using a “list experiment” that measures average sentiment but permits individuals to conceal their answers, Alexander Janus discovered that 60% of White Americans supported cutting immigration to zero when their identities were concealed, compared to 39% when their identities were known to the researcher. Self-censorship was especially pronounced among the university-educated.

Self-censorship is prudent. Violence against immigration skeptics is increasing, as are you”ll-never-work-in-this-town-again career consequences. For example, Texas rock band Dream Machine was last month dropped by its label after a legal immigrant member expressed cynicism about illegal immigration.

Recently, Kaufmann’s question was repeated in a number of countries around the world. The U.S. came out the most fanatic with 36 percent denouncing an intelligent immigration policy as racist, versus only 13 percent in South Africa. Of course, South Africans were not asked about whites, they were asked whether Xhosas should be tarred as racist for preferring Xhosas. The Xhosas” hostile view of black immigrants from the rest of Africa is spelled out in the immigration allegory movie District 9, but few American critics even noticed, since the anti-majoritarian conventional wisdom isn”t really based on political philosophy, it’s based on antiwhite racist animus.

In other words, this question isn”t about whether the majority in a particular country has the right to limit immigration, but whether whites should possess democratic rights like everybody else.

The Current Year’s short answer: no.