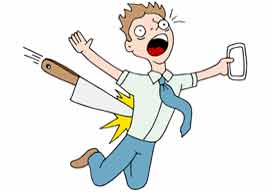 Andrews” defense didn”t work; he was finally executed in July 1992. But his “I was scared” defense so motivated the left that a “true crime” TV movie was broadcast by CBS in 1991, while Andrews was still in the appeals process. In the film, the poor jittery misunderstood thief is shown merely administering a “calming” liquid to the captives before leaving the scene (the rape and the pen attack are not portrayed at all, and only Selby is shown shooting the victims).

Coincidentally, my best friend, an actor of some note, auditioned for the Andrews role. I happened to own a copy of a book about the Selby/Andrews case, and my friend wanted to study it as preparation for the audition. Several days later, at the casting director’s office, my friend was told that his reading had been exactly the opposite of what the producers wanted. My friend had foolishly assumed that only vile sadists would force people to drink Drano, rape them, and shove pens through their ears, so he read the part accordingly. “No, no,” he was told, “stop playing the part as “evil.” Be more mellow, more introspective, more thoughtful. Play it as a simple thief, not as a bad person.”

He didn”t get the part.

The movie was intended as a last-ditch Hail Mary pass to save Andrews” life. It failed, but when it comes to mounting insane defenses of black-on-white crime, the left always gets second chances. And third. And fourth. Etc. Right now, there’s Ricky Javon Gray. And the Carr brothers (another “drug-fueled burglary gone bad” that just so happened to include interracial torture and murder). And soon there”ll be the trial of the sadist who bound, beat, stabbed, bludgeoned, and burned the Savopoulos family and their housekeeper in Washington, D.C. And after that, the thugs who tortured and killed Amanda Blackburn, the pastor’s wife who was three months pregnant.

So many upcoming opportunities for the “they scared me” strategy (also known as the Don Knotts defense). And you can rest assured that no one in the media will ever suggest that crimes in which bound and defenseless white people are tortured and killed by black assailants are hate crimes. Such atrocities must only be seen as “drug-fueled burglaries gone bad.” No one may suggest that there’s more to it than that, that there is any hatred behind the sadism. Tragically, at one point during the Harvey family’s ordeal, Kathryn Harvey had the opportunity to escape, and to save her oldest daughter. She didn”t take it, because she trusted that her captors were simple burglars. She assumed they”d act thoughtfully and pragmatically (you know, like the CBS version of William Andrews). She was wrong, and it cost her everything.

If she”d had a better understanding of precedent, she”d have known that she was dead the moment her hands were bound, and any opportunity to escape, fight, or save at least one of her children needed to be taken. Far from being a “simple burglar,” Gray represents a very specific and not uncommon type of interracial murderer, one who feels victimized if he’s disturbed by the screams of his prey. This is where minority entitlement culture stops being funny. This isn”t about the “right” of nonwhites to decide what Halloween costumes you can wear or what words get you banned from Twitter or Reddit. This is about the “right” to slit your throat without having to listen to you bitch about it.

It doesn”t get any more serious than that. This is a horrifying reality, and one that will still exist regardless of whether or not Ricky Javon Gray lives to see March 17.