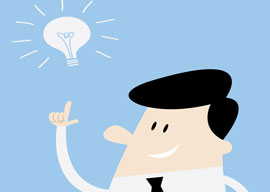 The ethno-state.  Close runner-up to “world government” in the preposterosity stakes is the “proposition nation.” There never has been any such thing, nor could there be.

If a nation is to hold together, the great majority of its people need to be bonded by ethnic kinship”shared history, a shared outlook. One’s outlook arises from one’s brain, which is a product of evolution”including, we now know, historically recent evolution.

Because ethnies overlap on most traits, a particular Turk may become a good German”see the first item above. However, since we can”t tell in advance whether he will or not, a wise nation severely restricts settlement from foreign ethnies and vigorously deports those who prove incompatible.

Civilization.  I can”t ever remember finding the Noble Savage idea plausible. It’s always seemed obvious to me that savages are dirty, ignorant, and cruel. I”m very glad indeed to live in a time and place with libraries, hospitals, universities, concert halls, and police forces.

The Noble Savage idea is not merely silly, it’s pernicious. It underlies poisonous cults like Marxism. When I get a time machine, my first trip will be to go back and strangle Jean-Jacques Rousseau in his cradle.

Culture.  I”m not by nature very receptive to art and music of the high, serious kind. I have to work hard to see their satisfactions. When I see them, though, I want more, and revere the geniuses who gave us such beauty.

All praise, too, to those lesser geniuses with the gift for guiding dullards like me toward aesthetic pleasure: Clark and Greenberg, for example.

Nature.  I mean the natural world of things and creatures. This is a polite way of saying I don”t believe in the supernatural. If you find consolation in gods, spirits, miracles, and an afterlife, I sincerely wish you joy of them. I just don”t feel the need.

“One half of the world cannot understand the pleasures of the other half,” said Jane Austen, and it’s the same with consolations.

Limits to understanding.  All I know or can know is packed up somehow into three pounds of meat inside my skull: into an organ evolved to seek feeding and mating opportunities, and to cooperate with others for group survival.

That we know anything at all about the structure of atoms, the history of life, or the size of the universe, is astounding”a mystery.

The existence of subjective awareness is another. I hope to be a tad wiser about that after attending the Tucson consciousness conference later this month. I”ll be reporting on it for The American Spectator.

So many mysteries! Some we shall solve, and file the solutions away in those three pounds of meat. Some, I feel sure”I believe”we can”t, and never shall, solve.