Three TV Villains That the Audience Turned Into Heroes 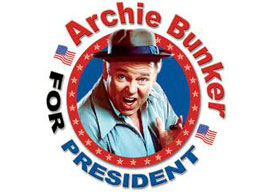 Family Ties’ prodigal son Alex P. Keaton was created to showcase a horrifying trend. As a critic for The Baltimore Sun put it, people were “rejecting the counterculture of the 1960s and embracing the wealth and power that came to define the ‘80s.” So? The creative types in LA and NYC accept it as a given that this is a bad thing, but many others saw the hippie movement for what it really was: self-indulgence. Free love was really just about guys getting laid as much as possible at the expense of everyone else, including their own children; hence all the divorce. Revolutionizing education with a no-rules mentality meant diluting its worth, which they did while jacking up the price. The war on inequality was just about making old white dudes uncomfortable. None of these liberal boomers actually practiced it. They said they were all about freeing us from the burdens of the past, but their world ended up being about as fun as an atheist Christmas.

Alex P. Keaton was a workaholic who was determined to learn about economics at a young age and generate as much income as possible. This might turn off his hippie dad, but the rest of the country saw a future job creator. Norman Lear was horrified at Archie’s popularity, but Family Ties creator Gary David Goldberg said Alex P. Keaton’s popularity was proof that America was going to hell in a suit and tie. “When else could a boy with a briefcase become a national hero?” he asked, seemingly dumbfounded.

As we learned from our esteemed editor last month, Duck Dynasty‘s producers allegedly wanted the audience to mock the Robertson family rather than identify with them. They were coming from a Cornel West POV and “wanted it to be a case of people laughing at a bunch of backward rednecks.” Their reality show didn’t turn out like that because reality isn’t like that. America isn’t a country full of stupid rednecks. Blue-collar workers aren’t ignorant assholes full of hate. Entrepreneurs aren’t parasites. They’re our lifeblood. Alex P. Keatons create jobs. Archie Bunkers work hard at those jobs, and Duck Dynasty rednecks do both. If the creative classes of NYC and LA get their way and erase these types of people, there will be nothing left. That’s what happens when you crap on a country’s entire existence. That’s why these villains backfired.

In a sense, Obama’s entire presidency was created to denigrate American values. Thankfully that, too, is backfiring.