’Tis the Season Not to Be a Commie 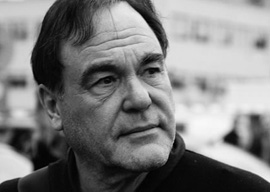 Religion is in decline, tradition takes a backseat to fashion, and same-sex marriage is now looked upon as normal. What were previously taboos—swearing on television, watching films of flesh-eating zombies and blood-sucking vampires feasting amidst car crashes and explosions, and nonstop onscreen violence—are all now accepted, if not outright encouraged. How to balance the ethical with entertainment seems to have been lost forever among the creative types our media takes so seriously.

But it’s once again Christmas time. The Christian religion preaches we should live in peace with our fellow man, which makes Christianity one hell of a failed doctrine.

Nothing is less Christian than war. Christianity seeks brotherly love, social and cultural continuity, turning the other cheek, and charity. Show me a war leader with such traits and I’ll show you one big loser. World War I was the kind of mindless slaughter that brought on Bolshevism in Russia and Hitlerism in Germany. Two great evils came about because of a great evil perpetrated by posturing popinjays in London, Paris, and Berlin—in that order. Germany lost its Almanach de Gotha in the trenches. Huge swaths of the British and French nobility also bit the dust. I still insist that if Germany had won in 1914 in the Marne, the world today would be a much better place.

“The Christian religion preaches we should live in peace with our fellow man, which makes Christianity one hell of a failed doctrine.”

In 1939 Poland was betrayed by not only the Nazis and Soviets, but also the English and French, the last two going to war with brave words but failing to send a single rifle to help the bravest people of Europe. No one went to Poland’s rescue in 1939, and no one helped in 1945. The wretched, hypocritical Brits didn’t even have the courtesy of allowing the Poles to march in the victory parade after Germany had surrendered.

My friend Anne Applebaum’s Iron Curtain: The Crushing of Eastern Europe, 1945-1956 is proof of communism’s godless evils. It chronicles the slaughter and betrayal of the West’s most gallant ally, and it breaks one’s heart to read it.

Nearly ten million Germans died between 1939 and 1945, with the commies raping an estimated two million German women postwar. The Russkis lost more than twenty million but then enjoyed 40 years of playing big man to Eastern Europe.

Oliver Stone’s The Untold History of the United States is a very courageous effort to set the record straight. Stone is an old adversary of mine with whom I’ve recently made my peace. I agree very much on certain parts of his extremely controversial theories about his country. But unlike most other historians, Oliver has paid his dues. He won a Bronze Star in Vietnam as a grunt, whereas he could have gotten deferments, since he was at Harvard and near the top of his class. Stone sees Uncle Sam as a rapacious imperialist. He cites American repression of the Filipino struggle for independence around the turn of the 20th century and the repeated US interventions and covert operations in Latin America, Asia, and the Middle East. He names capitalism as the bogeyman. He also says that the United States, not the Soviet Union, bore the lion’s share of responsibility for perpetuating the Cold War.