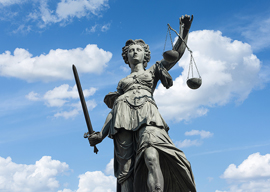 Everyone knows, or thinks he knows, the dangers of nationalism and its practical corollary, the nation-state. The dangers are foreign wars of conquest, xenophobia, irredentism, and the oppression, not to say massacre, of minorities within their borders. The supposed solution to these dangers (which are not so much wholly imaginary as unnuanced and exaggerated) is supranational organizations directed by philosopher-kings free of the vile passions that in the past have done so much harm to humanity.

Suffice it to say that I do not believe that vile passions are easily eliminated from the human breast, and that they quickly find new forms of expression, as fleas jump to new hosts from dying rats. There was a small instance of this recently in Ireland, where the acquittal on charges of rape of two rugby players in the northern part of the island sparked demonstrations, apparently involving thousands, on both sides of the border. They were protesting the verdict.

The verdict was reached by a jury of both men and women, who came to the unanimous decision that the prosecution had not proved its case beyond reasonable doubt, as was required for a verdict of guilty. The demonstrators marched through the streets shouting that they believed the complainant, ex officio as it were.

“We are never more than a veneer away from lynching.”

Now, it is perfectly true, of course, that our courts sometimes get it wrong and convict the innocent or (more frequently, thank goodness) fail to convict the guilty. There is a long history of authors coming honorably to the defense of the wrongly convicted: Zola in the case of Dreyfus, or Arthur Conan Doyle in the cases of Oscar Slater and George Edalji. What was particularly impressive about Conan Doyle is that he correctly selected two cases of wrongful conviction of two unpopular people and stuck to the combat for years, to no obvious advantage to himself. Like Sherlock Holmes, he believed in the value of justice without any sentimentality about the potential for wickedness of the human heart.

To pursue the acquitted once they have had a proper trial is usually more problematic. It suggests a thirst for vengeance or an expression of hatred and resentment. The demonstrators against this verdict, mainly militant feminists, were in effect demanding that the usual standards of proof in cases of rape should not be required, and that those accused should be found guilty because they are accused, there being no smoke without fire. This, they would say, is because otherwise there will be, as there has been, fire without smoke. And the situation is so bad that a few false convictions hardly weigh in the balance; most men are guilty anyway.

A friend of mine, an eminent judge, told me that when he was but an advocate at the bar, he was often asked by people at parties how he could bring himself to defend people whom he believed to be guilty of heinous crimes. He replied that he believed in the system in which an accused man was able, and had the right, to mount the best defense he could against the accusation. Without such a right, our courts would be little more than kangaroo courts in which sentences might as well be decided, à la the Red Queen, before the verdict.

At one time, I think the great bulk of the population—at least, the population that ever gave a moment’s thought to the matter—would have accepted my friend’s viewpoint almost as a cliché, as hardly needing enunciation. It had been bred in the bone, so to speak. This is so no longer.