Triumph of the Hysterical 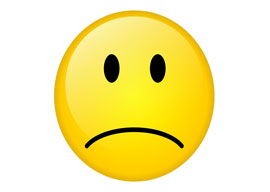 “Sexist Mores of Super-Rich Hurt Us All,” sobs an American female columnist in The Holocaust Update, AKA The New York Times. I don’t usually follow this kind of drivel—the “sexist” stuff, I mean—but a familiar name caught my bloodshot eye, so I read further.

Apparently the sexist mores of the super-rich were manifested by the hedge-fund billionaire Paul Tudor Jones, a man who once approached me in the GreenGo nightclub in Gstaad and said to me that I could do worse than invest with him. Paul was a polite Southern gentleman and was as different from the average fund managers soliciting funds than I am from, say, Anthony Weiner. (He is the pervert who as a congressman from New York sent pictures of his private parts to women, got caught, denied they were his, eventually admitted that they were, resigned from Congress, and is now running for mayor of New York.)

“I suppose one needs to apologize for telling the truth these days.”

Paul Tudor Jones became the number-one performer during the go-go years and played it by the book. There was never a whiff of scandal or greed about him or his business—no Steve Cohen he—but now he’s had to cave, apologize, and eat humble pie because the hairy feminists are after him. Here’s what he said in a speech at the University of Virginia, my alma mater:

You will never see as many great women investors or traders as men—end of story….As soon as that baby’s lips touch that girl’s bosom, forget it. Every single investment idea, every desire to understand what is going to make this go up or down is going to be overwhelmed by the most beautiful experience which a man will never share about a mode of connection between that mother and that baby.

I can’t think of truer or more beautiful and tender words, yet the ghastly Washington Post reported it and the usual sob sisters are up in arms. Paul, to his eternal disgrace, apologized.

Apologized for what? I suppose one needs to apologize for telling the truth these days, but this is ridiculous. Motherhood may be a downer when it comes to becoming a master of the universe, but isn’t it normal? Most mothers I know prefer their children to the stock ticker, whereas men choose the latter.