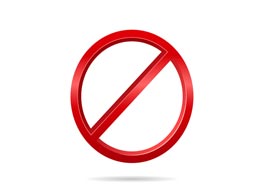 Laugh at college professors all you want. There’s plenty to laugh about. But culture seems to start there and radiate outward. During the late “60s, “70s and early “80s, radical Frankfurt School-style leftists quietly infiltrated assistant professorships. They”re now deans, department heads, and respected, tenured professors. And whether we like it or not, we”re marching to the beat of their drummers. They”ve got the ear of the administration and, by extension, a very loud voice in the judiciary for the next 25 years.

More than that, though, the left has a significant advantage over the right. When the left sets their sights on someone, the right responds by openly wondering if the left doesn”t maybe have a point and if we ought to denounce our own. On the other hand, the left steadfastly refuses to denounce their own lunatics, no matter how far out on a limb they”ve gone. And so, Pat Buchanan, a man who ran a nearly successful campaign for president, is chased out of town while the respectable right twiddles their thumbs. Al Sharpton, who never polled higher than 10 percent in a state primary, is feted on Wall Street’s official source for cool-guy opinions.

But Johnson doesn”t seem to be one of “our lunatics,” not that we don”t have any. Indeed, Johnson’s crime is little more than reporting things people would like to have swept under the rug, and targeting the left’s operatives in the same way that they target ours.

All you need to learn about political warfare you can learn from a single line of dialogue in The Karate Kid: Strike first, strike hard, no mercy. In their quest to be “the adult in the room,” the right has ceded any possibility of actually winning on any issue. This is larger than Charles Johnson. It cuts to the very core of political combat. And until the right learns the way of Cobra Kai, they”re going to lose battle after battle”on Twitter, in the Congress, and in the media.

So defend Chuck and learn from him. At least someone is getting some shots in that sting enough to warrant a Twitter ban.