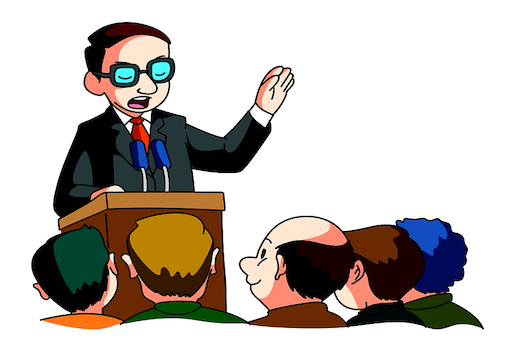 In his memoir, Banana Sunday, the late British newspaperman Christopher Munnion described his first encounter with what was then called New Journalism. This was a style of newswriting that got going in the 1960s and 1970s. It was more like long-form fiction than conventional reporting. The style relied on subjectivity and emphasized “truth” over facts. The idea was for the reporter to tell a story from the perspective of an active participant, rather than a passive observer.

Munnion had been reporting on Africa for a long time for The Daily Telegraph, covering the transition in Africa from colonialism to independence. Like most reporters of his day, he reported on what happened, who was there, what they said, and so forth. It was the old-style reporting that had been the standard for generations. That meant going to the event, observing what was happening, and interviewing people about the event. The facts drove the coverage.

The new style of journalist came to the story with a narrative in mind. He was a storyteller who would provide the reader with a sense of what it was like to be in the story, at least the story the writer wanted to tell. As Munnion explained, the journalist showed up with a prepared narrative and then went around looking for people, events, and images to fill in the details. The facts were mere ornaments to decorate the story, not the point of the story.

Munnion was a seasoned Africa hand at that point, so he was amused to learn that these new journalists knew absolutely nothing about Africa and had no interest in learning. They just needed material to authenticate their story. Like most of the men of his generation, he just assumed the fad would die out, because ultimately, facts matter. Of course, like most men of his generation, he was wrong about what was about to happen to the news reporting business.

The term “New Journalism” went out of fashion in the 1980s, but the style never really died. Instead, journalism became more narrative. Simply reporting the facts was never coming back in fashion, especially for a highly partisan media class now populated by bourgeois radicals. Instead, the facts are crafted to fit the story, which conveniently supports whatever ideological fads are popular at the moment with the great and the good.

“Modern narrative journalism has now advanced to the point where the narrative no longer has to have any connection with reality.”

Modern narrative journalism has now advanced to the point where the narrative no longer has to have any connection with reality. In fact, it is probably better that it doesn’t, as the facts are most troublesome for narratives that claim some connection to reality. Instead it is best to come up with a good script that satisfies some desire in the audience. That way, they are not going to be too interested in looking for plot holes or conflicts in the story.

It is tempting to think narrative journalism is a form of propaganda, intended to warp public perceptions about daily reality. It often has that feel, but the smart propagandist is like the smart drug dealer. He makes sure to never get high off his supply. The people spinning these tales for us truly believe their narratives. In fact, the narrative incorporates ideological fads and the partisan sensibility into a weird secular religion. Commitment to the story is now a moral signifier.

To see how this works, go back to the 2016 election. The strong female lead was not just running for personal gain, but to change the world for those who would follow her. Hillary Clinton was the feminist Mary Sue, praised by everyone, but handed everything she wanted, because girl power is real and you go girl. The script said she would win a massive victory, humbling the terrible white male antagonist and thus confirming second-wave feminism.

When she lost, we immediately got a new narrative. This one was focused on the nefarious forces that vanquished the strong female lead in the first episode. The Russian collusion story, which was always nonsense, was driven entirely by the left’s need to believe. That’s important. It’s why they could consume all sorts of ridiculous plot devices like the Mueller investigation. Since the plot demanded a dramatic investigation of the villain, one was written into the script.

The Russian collusion story was a big hit, but the sequel, the Ukrainian impeachment story, was like most sequels in that it should never have been made. The audience was subjected to a cast of characters with weird names and confusing story arcs. The main character, the guy who was supposed to be the naive but courageous protagonist, reminded most people of every child molester they read about in the news. They kept wondering why a Ukrainian general worked in the White House.

Now that the election is upon us, the narratives are flying fast and furious. You see, the bad guy is always supposed to lose eventually, so we are getting every plot device available to point the story arc toward a smashing Biden victory. Never mind that the hero in this tale can never be more than five steps away from a toilet and has to take a nap after breakfast. The script demands that the villain be vanquished, so that’s the story we are getting.

While it is certainly fun to mock this stuff, the salient point here is that the people in charge believe the narratives they create. The prestige media believed they were on the trail of Boris and Natasha, who had used their secret mind-control device to control voters at the polling stations. The petty tyrants imposing crazy rules on people in response to the COVID virus really believe they are engaged in a life-and-death struggle to save their people from the virus.

Juvenal famously criticized the Roman people for abandoning their historical birthright of political involvement in exchange for “bread and circuses.” The corrupt ruling elite maintained power by infantilizing the populace. We are now living the mirror image of this. An increasingly disgusted public is desperately trying to reassert its historical birthright in response to a ruling class content to entertain itself with ridiculous tales that celebrate them as heroes for things they’ve never done.

That is the central question at this part of the story, to keep the metaphor going. Can a society carry on when it is ruled by giant toddlers obsessed with fantasy stories, rather than adults doing the hard work of governing a people? What happens when a significant portion of the people collectively realize that the people in charge are dangerously nuts? At some point the script will demand an answer, and it will not involve strong female leads riding a dragon. It will be much worse.