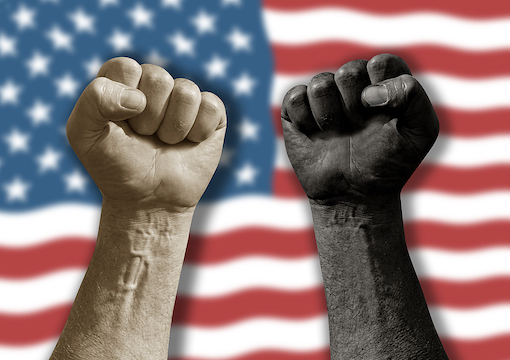 Despite what the left tells us, diversity is not a new thing nor is it something first discovered by the left. The earliest human societies had to contend with the fact that diverse groups of people were living under the same rule. Maybe it was a collection of minority groups living under the rule of a majority, or maybe it was one minor tribe ruling over the rest. The diversity, of course, was racial, ethnic, and religious.

There are a number of ways that have evolved to contend with diversity. The first and most obvious was hard segregation. Every group had their place and the state helped maintain the boundaries. This was what cities in the north of America adopted in the 19th century. Neighborhoods were controlled by an ethnic group and the government accepted this reality as a way to keep the peace.

You still see the vestiges of this in many cities. In Boston, for example, Roxbury and Mattapan remain black areas of the city. The North End still has a strong Italian vibe, despite gentrification. In Northern cities, you can always find the black area by looking for streets named after Martin Luther King or Malcolm X. The old ethnic divides have fallen away, but the black-white divide remains.

“The adoption of equality as the moral standard sounded good on paper, but in reality, it has proved to be impossible to implement.”

In contrast, the American South embraced a soft segregation to deal with racial diversity. Instead of walling off black communities like they do in the North, the South created a set of rules and customs that created separate cultural spaces for whites and blacks. Rather than physical separation, there was a cultural separation. This was expressed and reinforced with public displays like Jim Crow laws that created separate psychological zones for the races.

The interesting thing about what happened in the South is that it arose from both a strong familiarity between the races, but also an economic dependence. The North was happy to put blacks on welfare and lock them in ghettos, because blacks never played a large role in society. In the South, the black population was a vital part of the society, so they were integrated in a way that kept the peace but kept them involved.

The old way of describing this different understanding of race was that whites in the North were willing to treat blacks as equal, just so they did not have to live near them. Whites in the South were willing to live near blacks, just as long as they did not have to treat them as equals. This resulted in two different ways of managing diversity. Both proved to be unacceptable, especially to Northern whites, who came to identify themselves as opposed to segregation of all kinds.

The adoption of equality as the moral standard sounded good on paper, but in reality, it has proved to be impossible to implement. It turns out that Mother Nature does not distribute her gifts equally among men or groups of men. This reality led to the embrace of proportionalism. This is where the costs of violating liberal principles are weighed against the perceived benefits from violating the principles.

For instance, legal discrimination is wrong as a principle, but quotas and set-asides allegedly have benefits that are too valuable to pass up, so the state strongly encourages racism in hiring to help blacks. Harvard discriminates against whites and Asians, in order to favor Jews, blacks, Africans, and Hispanics. The ends justifies the means, even though it violates the stated values of Harvard.

Because the scales are entirely subjective based on one’s point of view, there can be no fixed rules, just a mindset. We see this in the current troubles. We have had a series of black hoodlums elevated as martyrs because they were killed while being arrested by white cops. Jurors in the Derek Chauvin trial felt entirely justified in condemning an innocent man, because they thought sacrificing him would bring some peace.

The result of this mode of thought is a thicket of rules and precedents that are incoherent in isolation because they exist only in the moment. America is a land where you can be sued for discriminating against blacks in favor of whites, while simultaneously being sued for discriminating against whites in favor of blacks. Since there are no set rules that apply all the time, you could lose both cases in the same courthouse. It all depends upon the judge and the circumstances.

Any social system that results in arbitrary rules and human sacrifice is best described as primitive. This is the reality of modern America. The rules now have an Old Testament feel to them, as it is all based on who is being accused of harming whom. If the accused is from the wrong tribe or harmed the wrong tribe, he can expect the worst, despite the facts of his case. Instead of a set of exceptions to liberal principles, the rules are now nothing but exceptions.

There is a word for the arbitrary application of the law. It is called tyranny. That is the inevitable end of proportionalism because benefits and costs are always subjective. The jurors looked at the life of Derek Chauvin and said he was not worth another riot. Many whites, in contrast, took the other view. The death of George Floyd is just the price of maintaining a black population. Cops will now stop doing their job, as they have no reason to sacrifice their life for this system. We are headed to tyrannical anarchy.

What the long liberal experiment with diversity has shown is that diversity plus proximity results in conflict. The more diversity you have, the more conflict you have. The closer diverse people are to one another, the more often they come into conflict. The great liberal drive for maximum diversity will result in maximum conflict. It turns out that fences do make good neighbors and the only peace in a diverse world is peaceful separation.