Under Siege, Under Scrutiny 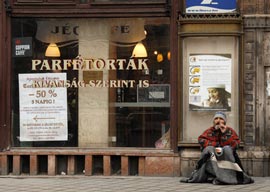 Meanwhile, how has the multicultural project been going farther west? Not so well, apparently. A few years ago, in a rare moment of candor, Chancellor Angela Merkel conceded that Germany has “utterly failed” to create a truly multicultural nation by fully integrating the millions of Turkish and Arab immigrants into the host society. And many of these immigrants have been living in Germany for decades. Yet her government is now berating nations like Hungary and the Czech Republic over their rejection of a proposed quota system that would require them to provide homes for predominantly Muslim migrants from the same cultural and religious backgrounds that Germany itself has yet to integrate. Go figure.

There is much to dislike in the policies of Hungary’s current autocratic government, but its stance on migrants for fear of the social and security risks many of them might pose isn”t one of them. Various Islamist militias have for years been engaging in medieval-style brutality across much of the Middle East, sadistically murdering Christians and fellow Muslims alike, yet Western European nations are urging Hungarians, Czechs, Poles, and Slovaks to let in hundreds of thousands of people, with no questions asked, from the same region. It seems to be assumed widely and reflexively that anyone who claims to be a refugee is indeed one. And if scores of erstwhile combatants with blood on their hands are mingling among the civilians? Perish the thought. We just have to think good thoughts and trust that the bracing fresh air of Europe, with its Renaissance frescoes and Beethoven concertos, will turn even violent jihadists into “We Are the World” pacifists.

We will also just need to take it on faith that the new arrivals who hail from countries that have long been roiled by homicidal ethnic, tribal, and sectarian hatreds will leave all those differences behind and live amicably side by side once they settle in Europe. In one incident earlier this year, Muslim migrants crossing by boat from Libya murdered 12 of their fellow passengers at sea by throwing them overboard. The victims were all Christians. So there was that.

But let’s not be negative by dwelling on such regrettable episodes. Let’s just keep insisting that those Hungarians are digging their heels in only because they”re bigots and xenophobes.