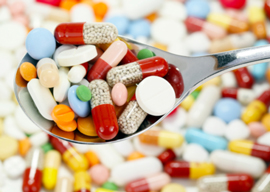 This hasn”t happened: Why not? Part of the reason, surely, is that the victims of the epidemic are also the cause of it, or at least willing participants in their own disaster. A death from opioid overdose is not something that, in the vast majority of cases, happens to the victim like a thunderbolt from the sky. In many if not most cases, he will not have taken the medicine as prescribed, he will have lied to the doctor to manipulate him, and so on and so forth. Of course, our ideology these days says that lying to doctors is itself either a disease or at least a symptom of a disease; but the still, small voice of common sense prevents the population from accepting it in its entirety. Hence its indifference to the problem.

Considering how much of a share the medical profession has in the blame, its response has been muted, to say the least, perhaps from a guilty conscience”or so I should like to believe. It often seems as if the arcana of rare diseases are of more interest to it than the deaths of scores of thousands of its patients by overdoses of the drugs it has negligently prescribed.

However, a couple of weeks ago an article in the New England Journal of Medicine did tackle the question. That is the good news. The bad news is that it was written by what President Bush (H.W., that is) would no doubt call “those folks” down at the National Institute on Drug Abuse, an organization that might be defined as that criminal conspiracy to extract money from Congress for its own ends by pretending and propagating the view that drug addiction is a chronic relapsing brain disease, for which the solution is”yes, you”ve guessed it”medical treatment, above all with drugs.

The NIDA seems to me like a financial adviser who bankrupts his client and then tells him that, now more than ever, he needs financial advice. First doctors create millions of addicts with their wretched prescriptions, then they tell them that they need treatment, because now they have a disease”they are persons with (yes, with) addiction! The sheer gall of it! I”ve known more honest confidence tricksters. At least they didn”t write articles in trade journals.

However, the world has ever been a wicked place and personally I”m glad of it: for without easy targets like the NIDA, what would we scribblers do?