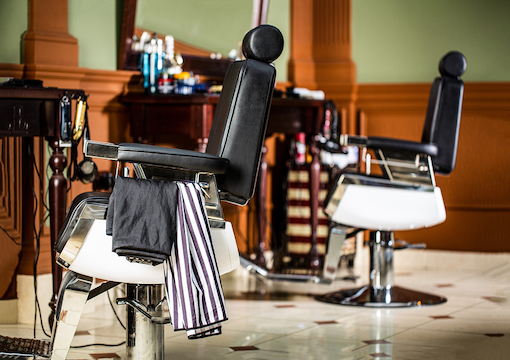 There is no descriptive term in sociology, except lumpenproletariat, that serves so much as one of abuse as petit bourgeois, so much so that I doubt that anyone would proudly proclaim himself a member of that despised class. No one has ever coined a slogan such as “Petit bourgeois of the world unite, you have nothing to lose but your shops!”

In the minds of most people who would ever use the expression, I suspect that petit bourgeois stands for mean-spirited, bigoted, avaricious, unimaginative, hypocritical, egotistical, small-minded, envious, resentful, grasping, intolerant, cowardly but potentially aggressive, shortsighted, miserly, xenophobic, and tasteless, among many other things, none of them desirable. In short, the world would be a better place without the petit bourgeois.

It is not difficult to spot a considerable element of snobbery, both social and intellectual, in this idea of the petit bourgeois. It is all right to be interested in money so long as you make a great deal of it; anything less is both pathetic and reprehensible. To be interested in the kind of economies and savings to which the petit bourgeois is given is beneath the dignity of a better—which is to say a higher or a lower—class.

No doubt it is true that the petit bourgeois as a class has sometimes supported atrocious leaders or ideas, but this only proves them to have been human, since all classes have done precisely the same. No doubt it is also true that the petit bourgeois is sometimes scheming in a petty way. Maupassant captures this brilliantly in his story En famille, in which a civil servant and his wife plot to obtain the whole of the mother’s furniture after her death. (Our problem these days is the opposite: how to get rid of all the physical legacy that we inherit.) But is dishonest scheming worse if it is done only on a small scale rather than big?

“Was there not something heroic about this man’s life, and that of many others like him?”

There is another side to the petit bourgeois that is less often recognized in literature, namely his capacity for quiet and undemonstrative heroism. I am moved to point this out by my recent encounter with my barber in Paris.

He is of Moroccan origin, but I think that he was born in France. At any rate, he speaks French without an accent (as far as I, a non-native speaker myself, can tell). His shop is very small and he is a one-man band. His manner is very quiet, timid almost, and he appears almost bowed down by an invisible weight, but he talks well once started and he talks sense. He may not be highly educated (though I don’t know this for sure), but he is intelligent and far from uncultivated both in manner and thought. He is well-informed.

His shop reopened recently after the two-month lockdown, and I asked him about his situation. It was a difficult one, of course, but he spoke as one who accepted it and was resolved to make the best of it he could. He was not going to throw a brick through anyone’s window in protest, no matter his hardship.

During the two months of lockdown, he had to pay fixed charges of 3,600 euros per month without any income. I asked him whether his landlord had been prepared to lower the rent of his shop for the two months, or made any attempt to help him, but he said that he had not. The landlord, an old man, owned a number of properties in the district and was rich, but he would make no concessions and would rather evict a non-payer of rent, and find his property empty, than forgo a centime from a current tenant. On the assumption that the landlord himself did not have many fixed charges to pay, and that most of his rental income was therefore profit, it is clear that Scrooge-like behavior has not entirely passed from the earth.

As for the city council, it was equally unforgiving. Insurance premiums had to be kept up also. The barber had unavoidable personal expenses, such as rent of 900 euros a month, and he had to feed his children. He had few savings because his income from his barbershop covered only the current needs of his family at the best of times. That he was able to reopen at all after the lockdown was a tribute to his courage and persistence, and no doubt to the modesty of his train of life. To make up the 7,200 euros in fixed charges that he had paid without any income, he would have to perform about 600 more haircuts than usual (at the rate at which he currently charged), which would clearly take a long time, if it were ever achievable at all. It was not easy, moreover, to find extra clients in a small shop in a comparatively unfrequented side street. He could hardly drag the few passersby into it and give them an enforced haircut at their own expense.

In describing his life he made no complaint about the injustice of it all, nor did he claim that he was being denied something to which he was entitled. He knew he would never grow rich from his barbershop, and accepted it. What he hoped for was a sufficient living to bring up his children decently, and I have little doubt that he was doing so, such that they would value honesty and integrity.

Was there not something heroic about this man’s life, and that of many others like him? Most men, said Thoreau, lead lives of quiet desperation, but I am not sure that we are entitled to conclude that those who do not complain about or revolt against the difficulties of their existence are necessarily desperate. Be that as it may, I do not think that those of more exalted, elevated, or fortunate social position are entitled to look down on the petit bourgeois, upon whose devotion to duty or business so much of their own comfort depends. They, the petit bourgeois, are the salt, not the scum, of the earth, and the intellectuals’ lack of sympathy for them says more about the intellectuals that it does about the petit bourgeois.

Theodore Dalrymple’s latest book Embargo and Other Stories has recently been published by Mirabeau Press.