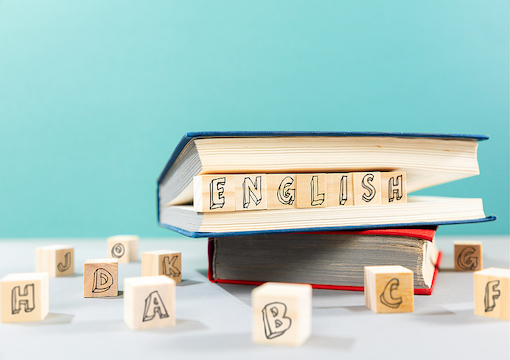 If for some reason you decided to move to a new country where the people speak a language you do not know, you would need to learn that language. Anyone who has traveled knows you can get by with hand signals for only so long. At some point you have to learn how to communicate the basic things. You may never be fluent in the language, but you can master enough to navigate life.

Let us assume that once you settled into the new country and started to learn the new language, you decided that some of their words needed new definitions. Instead of using their words as they intended, you insisted on using them in your new, preferred way of using them. At first the locals would assume you are simply mistaken and correct you, but if you continued to misuse their words, they would think you are a fool.

This is the situation that so-called conservatives are in with regards to the latest spasm of the cultural revolution. They keep insisting on misusing words and phrases invented by the ruling elite. For example, they insist on using the word “racism” to mean “a prejudice against a person or group based on their skin tone.” This is not the definition of racism, and it has not been for half a century.

“If you keep using words incorrectly, you will find yourself isolated and ignored, like modern conservatives.”

Way back in the 1970s, the people who define words in America decided that this novel concept of racism would mean “prejudice plus power.” In other words, in order to be racist, the person or idea must have both a prejudice based on race and the power to exercise that prejudice. A person at the bottom of the social hierarchy, no matter how filled with hatred for a certain race, can never be a racist. They have no power.

The conservative, of course, will respond that there are plenty of nonwhite people with power and a hatred of people based on race. Similarly, there are white people without any power at all. In fact, most white people are powerless in society. This is another example of where the social illiteracy of conservatives gets the better of them. By definition, it is impossible for nonwhites to have power in America.

You see, power is about the ability to organize society and define the relationships between the parts of society. America was organized by white people in order to serve the interest of white people. The structure of American society is designed for the purpose of empowering white people and whiteness. This naturally works to the advantage of every white person, even the lowest of the low.

Not only does this mean the underemployed white coal miner is benefiting from white privilege, but it also means the billionaire black athlete is the victim of it. Even though it looks like the billionaire black athlete has real power, he is in fact the victim of the poor white coal miner, who is by definition an oppressor. It all makes perfect sense when you take the time to understand the language in your new country.

This misunderstanding between power and language leads to other embarrassing confusions on the right. For example, they continue to claim that the word “diversity” means “involving people from a range of different backgrounds.” That is not how the rulers define the word. For them, diversity means the systematic erasure of whiteness from the institutions of power and the attendant social systems.

The power-language relationship is not just about defining the vocabulary of society, but also about creating new concepts. General Milley was sent out in front of Congress for the sole purpose of introducing the term “white rage” into the debate. He was coached on how and when to use it, and one of the far-left committee members was tasked with giving him the chance to say his lines.

The term “white rage” has been around since 2014, when an antiwhite activist named Carol Anderson coined the term in a Washington Post column. You see, when a black mob sets fire to the city, the cause is not the black mob you see looting and pillaging on television. The real cause is white rage or white backlash against advancements made by blacks over the last few generations.

You see, the people in charge want this new term to gain traction, because it serves their interests by reinforcing their moral claims. They are justified in persecuting Trump voters because they are full of rage. More important, their rage is not fueled by legitimate complaints, but by a racist anger of losing power to nonwhites. The point of inventing the concept of white rage is to justify the raw use of power.

The point of all this is that you are never going to get along in the world if you never bother to learn and respect the language. If you keep using words incorrectly, you will find yourself isolated and ignored, like modern conservatives. If you want to understand what people are saying, especially the people in charge, you have to learn their language and accept their definitions and constructs.

The fact is, Saul Alinsky was right when he said, “He who controls the language controls the masses.” In the long-running culture war that kicked off in the last century, it is the left that has controlled the language. This lets them define the terms and therefore define the parameters of political discourse. It is simply impossible to be understood in the political debate if you do not bother to use the correct language.

On the other hand. if you want to revolt against the system, you first start by revolting against the language of the system. The word “racism” represents a social construct created by the ruling class to perpetuate their control of the masses. It can never be used against the system that created it. The so-called conservatives banging on about racism are just defending the moral framework of the left by validating the language.

On the other hand, the word “antiwhite” is like kryptonite. The reason the system cries out in pain when it hears that term used with regards to something like critical race theory is that it does real damage to their moral framing. It is a word outside of their control, so it can be used against them. Using the term on a person, calling them antiwhite, strips them of their moral authority, reducing them to a rank partisan.

All wars are moral wars. This is especially true in a culture war, where both sides must view every issue as a zero-sum game. If the other side is evil, there can be no compromise, as to compromise with evil is to endorse it. If the right, however defined, is to join the culture war, it must first reclaim the moral high ground, and that starts with reclaiming the language. Understand the language of the enemy and you understand his vulnerabilities and you can create the language weapons for the fight.