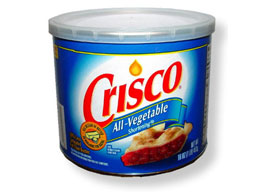 Though she was short, squat, and still learning to read at age forty, none who encountered her handiwork could doubt that Suzy Simmons was numbered among the Lord’s elect. She could cook like an angel.

A latticework of shortbread encrusted her cherry pies, the golden skin of her fried chicken shattered like the walls of Jericho at the blast of a fork, and a stiff southwesterly breeze could carry away her meringues. Old men and small children looked forward to winter’s coming, for only in the depths of January would she unleash the alchemical array of mason jars that swallowed the Jersey peach crop by the bushel the summer before.

As to how she accomplished these miracles in the years after World War II, we have mostly the witness of children, for only a few rare kinescope films have captured illiterate Southern cooks transmitting their lore to their apprentices. Only memory can testify to their heroic service at home in the years Julia Child spent abroad for her nation’s sake. While Mr. McWilliams’s daughter was abroad in Asia and Africa confounding our enemies, or in Paris learning to lard our arteries with duck-fat frites and beurre noir, Suzy Simmons sang angelically in a Baptist choir and mastered the most diabolical substance in the arsenal of infarction.

“In that innocent age, who knew that ingesting saturated fats that are rock-solid at room temperature could turn your arteries to lead?”

Her secret weapon was Crisco.

For those who have only encountered corned-beef hash in the middle episodes of Mad Men and been spared scrapple entirely, a bit of nutritional history is in order. There once was a time when New Yorkers and Philadelphians scoured the countryside each fall to stockpile reserves of hog lard and butter fat adequate to see their households through the calorie-intensive rigors of a winter without central heating. The result was a mid-Atlantic Victorian cuisine that made Puritan fare seem sybaritic.

While Boston luxuriated in cod cheeks, corn dodgers, and veal and oyster pie, those west of the Hudson might awake to cornmeal mush fried in lard, or if upwardly mobile, lard-fried cornmeal mush laced with minced hog jowls. Traveling overland in the mid-20th century, you might one morning reach the southerly latitude at which the hog was dispensed with entirely and grits were served up in the state of nature. Wise Northerners spared themselves that risk by taking express trains south to their winter quarters in Florida. All the good Southern cooking they could want awaited them at home, for the truth of the matter is that talented black cooks fled North after the Civil War in numbers that put the Underground Railroad to shame.

Once they passed the Mason-Dixon Line the Virginian forebears of folk like Suzy Simmons took the region’s kitchens by storm. Those who employed them might insist they placate the household gods each morning with ancestral offerings such as scrapple, but by the cocktail hour the Northern matriarchs were routed. Who in their right mind would dine on croquettes while cooks who could put Colonel Sanders to shame stood by? Not content to suborn the South’s kitchen retainers, the damned Yankees armed them with the latest in high-tech tools”not just gas stoves and electric waffle irons, but semi-synthetic trans fats that surpassed lard as a frying and shortening agent by a margin unseen since dynamite took over from gunpowder in the blasting trade.

Like some chemical warfare agent in a Day-Glo warning can, Crisco came in electric-blue cylinders of amazing size. They opened to reveal what looked for all the world like a highly refined plastic explosive, a shining snow-white gel, as tasteless and odorless as it was opaque. Plopped in a massive iron skillet, it melted away instantly into fluid clear as glass, gaining heat until it was hot enough to melt tin. Once at the smoking point, this formidable vegetable shortening could transform flour, corn, shellfish, and fowl into some of America’s crowning culinary achievements.