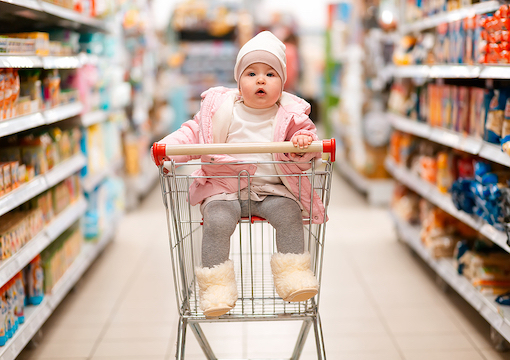 In 1909, the English journalist Norman Angell published the book The Great Illusion, which would go on to be an international best-seller. The primary thesis of the book was that the economic cost of war was so great that no person or country could hope to gain from it, so war was becoming unthinkable. Therefore, global economics was slowly making war obsolete.

Five years later the world was engulfed in what would be the most monstrous and gruesome war in human history. Large swaths of Europe were reduced to rubble in the first great industrial war. Amusingly, the book was reissued in 1933 without any changes to the main thesis. Of course, it was not long after that Europe and then the world were engulfed in the second great industrial war.

Angell has been forgotten, but his assertions about war and global economics remain with us to this day. Since the end of the Cold War, it has been assumed in the West that consumerism was the antidote to politics and global conflict. As long as people have plenty of cheap food and entertainment, they will have no reason to be unhappy with their government. Governments that provide plenty of cheap food and entertainment will never be in conflict with one another.

“There is something alien and inhuman in how the lone superpower engages with the rest of the world.”

It seems like a long time ago, but in 1999 the New York Times columnist Thomas Friedman published a book making this exact claim. In The Lexus and the Olive Tree, he famously asserted that the benefits of global economic integration are too good for any government to ignore. The allure of cheap consumer goods would force governments to reorient toward providing those items to their people.

In order to provide the goods and services that naturally appeal to all people, those governments had to be connected to the global economic order. That order comes with a set of rules that all members must follow. This reduces the policy choices available to those governments. This makes war unthinkable, because it risks participation in the global economic order and the benefits that flow from it.

In the giddy days after the fall of the Soviet Union, the air was thick with glib assertions by superficial men like Friedman. Despite the fact that most of them were doves in the Cold War and many were communist sympathizers, they were sure that the emerging global economic order built around American style consumerism would banish conflict to the history books. As Friedman put it, countries that have a McDonald’s do not go to war with one another.

Ironically, American global consumerism is oddly similar to Marxism. Marx famously said that once we get the morality right, there is no need for politics. American globalism assumes we already have solved the moral questions. Liberal democracy is the only moral form of government, according to the American dogma. It is the end point of historical and political evolution.

The only thing that remains is getting the economics right. By right, it is assumed that mass consumerism is the rational economic order. Once the world is hooked into the global economic order, where people and goods flow freely around the globe to where they can be exploited, there are no more problems to solve. The only thing left is for the masses to enjoy their entertainments.

Just as Angell’s theory sounded naive and simpleminded as the Great War raged in Europe, the assertions of globalist cheerleaders like Thomas Friedman now seem naive and stupid as well. Kiev and Moscow have plenty of fast-food joints and their people are glued to their smartphones. Despite this, the two nations are locked in a bloody war over things that have nothing to do with consumer goods.

Once again, we are seeing that men may go to war for economic reasons, but economics will never stop men from going to war. Putin knew in advance that his war in Ukraine would cost his country economically. The Russian people, who overwhelmingly support the war, also know they will suffer economically. It turns out that they think some things are worth more than Netflix and iPhones.

To some degree, this is what is driving the hysterical reaction of American elites to the war in Ukraine. They are sure that robbing the Russians of the latest filth from Disney and Netflix will bring the Russians into the streets. After all, how can they live without the latest superhero movie? How can they be free knowing that they have been canceled by the world community?

This is also why much of the world is increasingly suspicious of Washington’s foreign-policy motives. Ukraine is just the latest example of The Great Satan promising to turn every stone into a gaming console or Netflix subscription, despite being told that man cannot live on consumerism alone. There is something alien and inhuman in how the lone superpower engages with the rest of the world.

Washington has been warned repeatedly about Ukraine. In the 1990s, Boris Yeltsin told Bill Clinton that NATO expansion would be nothing but humiliation for Russia. Putin has warned several presidents that no Russian leader could accept Ukraine being absorbed into NATO. Russia made this same point over Georgia in 2008, which resulted in the first European war of the new century. Now we have a major war in Ukraine.

The lesson of the last century is that the West has learned nothing since Norman Angell claimed that globalism was the cure for war. One would think that a hundred million corpses would be proof enough that economics is downstream from pretty much every other aspect of the human condition. Yet somehow, Western elites find a way to stick to their belief that economics will solve the human condition.

The modern dissident starts from the proposition that the great chain of causality ends with economics. The economy is the flower of human society, while people and culture are the roots of society. We are seeing that in Ukraine right now. Perhaps the prospect of nuclear war will finally drive this truth into the mainstream of Western opinion, but history tells us that hope has no place in times of war.