Who Is Freer These Days? 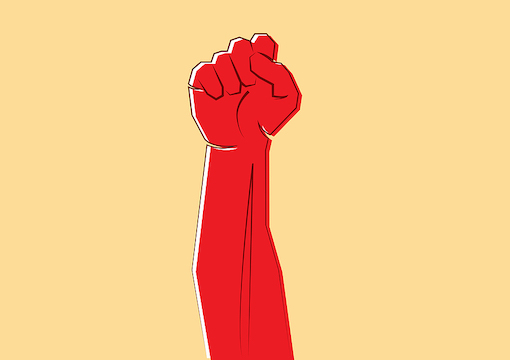 Those old enough to remember the Cold War will recall, perhaps with some prompting, that the fight with the Soviets was as much a moral war as a political one. It was not that the communists were in error about some item in dispute. The communists were immoral because communism was immoral. Whatever the faults of liberal democracy, it was morally superior to the evils of communist totalitarianism.

At the time, this was not a tough case to make. Americans could speak out against the government, while Russians had to suffer in silence. The West had elections and big public spats over policy. Debate in the East was always behind the dreary walls of the communist party. Most important, the West did not have political prisoners, while the East operated camps, even small cities, for their dissidents.

A generation later and the roles are not exactly reversed, but it is now possible to argue that Russians are freer than Americans. Putin has his enemies jailed, but that’s now official policy in America. In the case of Putin, he does not relish in the torment of his opponents. There is some hint of shame there. In America, members of the regime take pleasure in tormenting those who speak out against them.

“Soviet media were never so blatant in their opposition to free speech and open debate.”

Take, for example, the case of Alexey Navalny, the CIA-sponsored critic of Putin who is now in jail. He claims poor treatment at the hands of the government, but he is able to speak to the media about it. In contrast, there are an unknown number of people in jail right now over the January protests. One was beaten by guards to the point where he lost sight in one eye.

Unlike with Alexey Navalny, The New York Times and The Washington Post are not demanding Ronald Sandlin be set free. The great and the good are not calling him a political prisoner, despite the fact he is literally in jail for politics. The folks who tell us “democracy dies in darkness” are happy that Ronald Sandlin now lives in darkness at the hands of the state. The political prisoners being held by the Biden regime envy Alexey Navalny.

It is not just at the extreme where the moral relationship has reversed. Russian citizens can walk up to the Kremlin and take pictures of it and themselves in front of it without fear of being shot by the army. Americans, on the other hand, will be sent to prison for daring such a radical act. People protest in Moscow all the time. As long as they are peaceful, they are left alone. Protest is banned in Washington now.

It is in the area of speech where we see the near total collapse of moral authority regarding political freedom. A generation ago, there were few topics that were banned from the public square. Despite the Cold War, communists could openly declare themselves in favor of communism. Even Nazis could get a hearing. The ACLU defended their right to march through Jewish neighborhoods.

A generation ago, Jared Taylor could be invited onto a television show and get a reasonably fair hearing. Sam Francis spoke at American Renaissance and his speech was carried by C-SPAN. Peter Brimelow was a regular on TV chat shows, debating immigration. Today, Taylor and Brimelow are un-persons. Not only are they banned from the public square, no one is allowed to mention them in the media.

It is not just people getting proscribed. Whole topics are anathematized. Tucker Carlson brought up the fact that the ruling regime is outspoken in its desire to replace white people with nonwhites from abroad. The media is now demanding he be fired. Here are CNN, The New York Times, and The Washington Post endorsing the call for him to be fired. Soviet media were never so blatant in their opposition to free speech and open debate.

The point is not to extol the virtues of neo-tsarism, but to point out just how much things have changed in the West. What we see happening in America is happening all over the formerly free world. Britain is now a floating penal colony, with lockdowns, prohibitions on speech, and internal passports. Thirsty Brits will soon have to get permission from the state in order to have a pint with their mates down at the pub.

In his book The Jewish Century, Yuri Slezkine persuasively argues that the American economy was transformed in the second half of the 20th century by new arrivals in the ruling class. This new economic model is now the Western economic model. One result of this transformation is that social capital like family, community, and church have been monetized and siphoned off to the financial capitals of the West.

Another byproduct of this transformation is the collapse of moral authority. Like social capital, it has been reduced to numbers on a page. There is no financial benefit to preserving ancient freedoms, so the people in charge feel no duty to respect the rights of the people. Moral authority has been replaced with financial authority, which means all of the normal civic relationships are transactional.

A generation ago, Americans knew they would win the Cold War, because they were right about the moral depravity of communism. Such a system could not last. The Soviet system did collapse, because devoid of moral authority, the cost of maintaining it eventually exceeded the benefits of the system. By the end, no one could think of a reason to sacrifice for the system or the people running it.

Americans are quickly approaching the same decision. As long as the material benefits are not threatened, most are happy to remain in their cells. At some point, though, the number of people no longer able to tell the good guys from the bad guys, the white hats from the black hats, will reach a critical mass. The ruling regime is burning what is left of its moral authority to fuel its hold on power. When the tank runs dry, they will join the communists in the dustbin of history.