Who Spawned the Christchurch Killer? 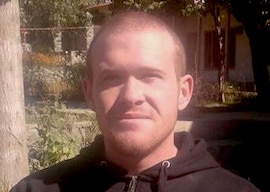 Last Friday, in Christchurch, New Zealand, one of the more civilized places on earth, 28-year-old Brenton Tarrant, an Australian, turned on his cellphone camera and set out to livestream his massacre of as many innocent Muslim worshippers as he could kill.

Using a semi-automatic rifle, he murdered more than 40 men, women and children at one mosque, drove three miles to another, and there killed seven more. Dozens are still wounded, suffering and dying.

An atrocity and act of pure evil by a man with a dead soul.

Yet, predictably, within 48 hours, the president of the United States was being publicly indicted as a moral accomplice.

Donald Trump, it was said, used a word, “invasion,” to describe the 76,000 migrants caught illegally crossing the U.S. border in February. At the same time, the killer used that word to describe the Muslim migration into the West.

The killer also mentioned Trump in his 74-page manifesto.

What further need have we of proof?

Trump also failed to express America’s revulsion and his country’s condolences to Muslims everywhere, and failed to denounce the “white nationalist” ideology that motivated the killer.

From there, it was a short jump to declare that we Americans have too long ignored this growing menace. Charlottesville, where a woman protester was run over by a neo-Nazi, was trotted out again and again.

But does the vision of America as a country where white racism is rampant and an unleashed white nationalism is a scourge that is running amok correspond with reality?

America’s elites are familiar with the Acela Express, the train that runs from D.C.’s Union Station to Penn Station in New York.

In which of the five Eastern Seaboard cities at which the Acela stops to take on and discharge passengers — Washington, Baltimore, Philadelphia, Newark, New York — are white nationalists responsible for a significant share of the assaults, robberies, rapes and shootings?

Chicago may lead the nation in total gun deaths. But the murder rate was highest in 2018 in St. Louis, Baltimore, Detroit, New Orleans and Kansas City. In how many of these cities are Klansmen and neo-Nazis regularly hauled in for violent crimes?

As for the mass murders of our new century, the racist right has perpetrated its share. Dylann Roof’s killing of the black women and men at the Charleston church qualifies, as does the massacre of Jews at the Tree of Life synagogue in Pittsburgh.

Yet a Muslim major, Nidal Hasan, fatally shot 13 soldiers at Fort Hood. In the 2015 San Bernardino massacre, Syed Farook and Tashfeen Malik carried out that attack that left 14 dead and 22 wounded.

According to Forbes, of the 18,814 deaths caused by terrorists around the world in 2017, well over half were due to the actions of four groups: Islamic State, the Taliban, Al-Shabab and Boko Haram.

All are Sunni Muslim; none are alt-right.

Undeniably, atrocities that exceed in blood shed the St. Valentine’s Day Massacre by Al Capone’s gang, where seven men were stood against a wall in a Chicago garage and executed, have become all too common.

But the atrocities seized upon by the left as most representative are those that conform to vision, a narrative, a pre-existing script. This preconceived idea is that America is a hotbed of white nationalism where the worst crimes are committed by white racists. And this is a myth.

Now, there are no excuses, or defenses, for what happened in Christchurch. But there is an explanation.

All peoples to some degree resent and resist the movement of outsiders into their space. Some migrants are more difficult than others to assimilate into Western societies. European nations that had not known mass migrations for centuries were especially susceptible to a virulent reaction, a backlash.

Americans, after all, reacted viscerally to the Irish migration of 1845-1849, and, again, to the Great Migration from Central and Eastern Europe from 1890 to 1920. Inter-ethnic violence was not uncommon.

Our leaders in the 1920s understood this and took steps to halt the migrations until those who had come could be assimilated, and, in a word, Americanized. It worked. By 1960, we were a united people.

Then, without the people’s consent, the great experiment began:

America’s doors were thrown open to peoples of every religion, race, culture and creed, to create a different nation that mirrored all mankind in its diversity, in Ben Wattenberg’s phrase, a universal nation.

The problem: A universal nation is a contradiction in terms. A nation of all races, religions and tribes had never before existed.

The liberal democracies that embraced this ideology, this idea, are at war with human nature, and are losing this war to tribalism and authoritarianism.

As for Christchurch, unfortunately, such horrors appear to have become the new normal. But Brenton Tarrant alone is responsible for what he did. And it was not Trump but the New World Order globalists who fertilized the soil that spawned him.