Why Is Kim Jong Un Our Problem? 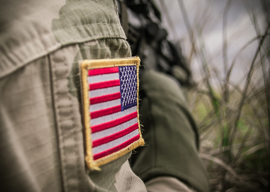 President Trump may hector and threaten our allies that we will not forever put up with this. But we will, because America’s elites live for the great game of global empire.

It would restore to the United States the freedom it enjoyed for the 150 years before NATO, to decide when, where and whether we go to war. U.S. allies would be put on notice that, while we are not walking away from the world, we are dissolving all treaty commitments that require us to go to war as soon as the shooting starts.

This would concentrate the minds of our allies wonderfully. We could cease badgering them about paying more for their defense. They could decide for themselves—and live with their decisions.

In the Carter era, we dissolved our defense pact with Taiwan. Taiwan has survived and done wonderfully well. If Germany, Japan and South Korea are no longer assured we will go to war on their behalf, all three would take a long hard look at their defenses. The result would likely be a strengthening of those defenses.

But if we do not begin to rescind these war guarantees we have handed out since the 1940s, the odds are high that one of them will one day drag us into a great war, after which, if we survive, all these alliances will be dissolved in disillusionment.

What John Foster Dulles called for, over half a century ago, an “agonizing reappraisal” of America’s alliances, is long, long overdue.