Why We Can”t Talk About IQ 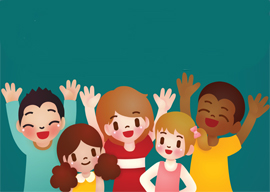 Here is a smart, well-read, and quite numerate (as these things go in the humanities) scholar scolding me for my infamous Taki’s Mag piece on The Talk:

As for Mr. Derbyshire….He knows that purported IQ per se is not necessarily proof of competency….

The thing to fix your attention on there, the thing that gives the game away, is the phrase “purported IQ per se.” What does it mean? Well, it means “IQ.” It’s a circumlocution“a kind of oven mitt of insulating syllables used to handle a topic you find too hot to touch directly. “Purported IQ per se” is how you say “IQ” when you are a liberal or a race-whipped conservative with minimal interest in the human sciences and whose intellectual tissues have absorbed the poisonous gas of Cultural Marxism to some degree.

My second “Duh!” is for the University of Michigan guy. So smart people are better at deception, including self-deception, than dumb people? Well, you could knock me down with a feather!

Again, once you have a sufficiently cold-eyed view of human nature, this isn’t especially deplorable. It’s just how we are.

A dozen or so years ago, when my kids were in elementary school, the town experimented with something they called “inclusion classes.” The idea was that students with learning disabilities or behavioral problems would be gathered in smaller-than-usual classes seeded with a few normal, bright kids.

A neighbor of ours, a white lady of seamlessly liberal opinions, was dismayed to find that her normal, bright daughter was assigned to one of these inclusion classes. She came around to talk to us about it, quite distraught. I recall sitting on the sofa listening in dropped-jaw amazement to this straight-ticket left-Democrat Hillary voter wailing about her child being marooned among “DeShawns and Lateeshas.” (Those may not be the precise names she used, but they were names like that.)

We referred her to a different neighbor who was busy in local school-board affairs. Strings were pulled, and the child was reassigned somehow. Phew!

Hypocrisy? Sure, but I can’t bring myself to hold it against the lady. I liked her and still do. She’s still liberal, and I still pat my lucky tree.

This is how we are: jumbles of superstition, emotion, self-deception, and social conformism, with reason and science trotting along behind trying to keep up.

Science insists that there is an external world beyond our emotions and wish-fulfillment fantasies. It claims that we can find out true facts about that world, including facts with no immediate technological application. The human sciences insist even more audaciously that we ourselves are part of that world and can be described as dispassionately as stars, rocks, and microbes. Perhaps one day it will be socially acceptable to believe this.