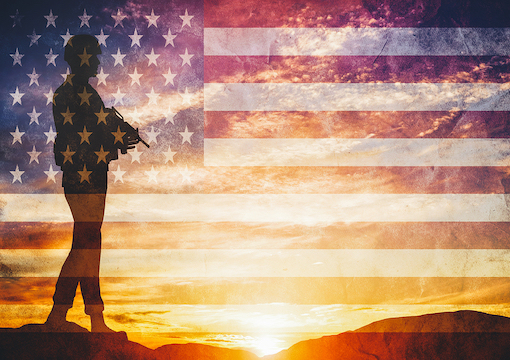 “It’s tough to make predictions, especially about the future,” Yogi Berra reminded us.

But on “The McLaughlin Group,” the TV talk show on which this writer has appeared for four decades, predictions are as mandated as was taking Latin in Jesuit high schools in the 1950s.

Looking to 2020, this writer predicted that Donald Trump’s great domestic challenge would be to keep the economy firing on all cylinders. His great foreign policy challenge? Avoiding war.

When one looks at the numbers — unemployment at or below 4% for two years, an expansion in its 11th year, the stock market regularly hitting all-time highs — Trump enters his reelection year with a fistful of aces. One has to go back half a century to find numbers like these.

Moreover, the opposition shaping up to bring him down seems, to put it charitably, not up to the task.

Joe Biden, 77, with 45 years in electoral politics, has lost more than a step or two and his most memorable Senate vote was in support of George W. Bush’s decision to take us to war in Iraq, the greatest blunder in U.S. diplomatic history.

Biden’s challengers are a cantankerous 78-year-old democratic socialist who just had a heart attack and a 37-year-old mayor of a small town in Indiana who claims that his same-sex marriage is blessed by the Bible.

Tom Steyer and Mike Bloomberg are white male billionaires who are dumping scores of millions into TV ads to buy the nomination of a party that professes to stand on principle against white male privilege, wealth inequality and the noxious effects of big money in politics.

While Trump is facing an impeachment trial, an acquittal by a Mitch McConnell-run Republican Senate seems a pretty good bet.

And the coming report of U.S. Attorney John Durham into the origins of the Russiagate probe is expected to find political bias, if not conspiracy, at its root. Trump could emerge from the Mueller Report, Horowitz Report and Durham Report as what his allies claim him to be — the victim of a “deep state” conspiracy to fix the election of 2016.

“The critical foreign theaters where Trump could face problems with his presidential re-election include Afghanistan, Iran and North Korea.”

If there are IEDs on Trump’s road to reelection, they may be found in the Middle and Near East, land of the forever wars, and North Korea.

Not infrequently, foreign policy has proven decisive in presidential years.

The Korean War contributed to Harry Truman’s defeat in the New Hampshire primary and his 1952 decision not to run again. When General Eisenhower, architect of the Normandy invasion, declared, “I shall go to Korea,” his rival Adlai Stevenson was toast.

Lyndon Johnson saw his party shattered and chances vanish with the Tet Offensive of 1968, Eugene McCarthy’s moral victory in New Hampshire, and antiwar candidate Bobby Kennedy’s entry into the race.

Jimmy Carter’s feckless response to the seizure of U.S. hostages in Iran consumed the last year of his presidency and contributed to his rout by Ronald Reagan.

The critical foreign theaters where Trump could face problems with his presidential re-election include Afghanistan, Iran and North Korea.

As of Dec. 30, Kim Jong Un’s “Christmas gift” to Trump had not been delivered. Yet it is unlikely Kim will let many weeks pass without making good on his warnings and threats. And though difficult to believe he would start a war, it is also difficult to see how he continues to tolerate sanctions for another year without upgrading and rattling his nuclear arsenal.

Trump is eager to make good on his promises and remove many of the 14,000 U.S. troops in Afghanistan before Election Day. Yet such a move is not without risks. Given the strength of the Taliban, the casualties they are able to inflict, the inability of the Afghan army to hold territory, and the constant atrocities in the capital city of Kabul, a Saigon ’75 end to the Afghan war is not outside the realm of the possible.

Nor is a shooting war with Iran that rivets the nation’s attention.

Yesterday, U.S. F-15s, in five attacks, hit munitions depots and a command center of the Iran-backed Kataib Hezbollah militia in Syria and Iraq, a retaliatory raid for a rocket attack on a U.S. training camp that killed an American contractor and wounded four U.S. soldiers.

“For those who ask about the response,” warns a Kataib Hezbollah spokesman, “it will be the size of our faith.” One has to expect Iran and its militia in Iraq to respond in kind.

They have a track record. During 2019, with its economy choked by U.S. sanctions, Iran and its allies sabotaged oil tankers in the Gulf, shot down a $130 million U.S. Predator drone, and shut down with missiles and drones half of Saudi Arabia’s oil production.

In former times, a confrontation or shooting war often benefitted the incumbent, as there was almost always a rallying to the flag. Those days are gone. This generation has had its fill of wars.