Will Europe Man Up? 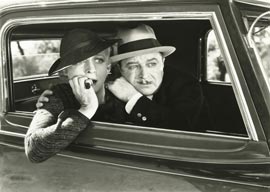 What the Islamists do have, however, is this: If they can reach the West and are willing to give up their lives, and can learn how to fire an AK-47 or construct a suicide vest, they can terrify the peoples of the West by slaughtering dozens or scores of them.

For 10 days, ISIS killers have dominated world news, television, print and social media. So doing, they have engendered a real fear in the heart of Western man.

The strength of ISIS, of the Islamist militants, of those willing to die driving the “Crusaders” out of their lands, beheading infidels, imposing sharia, attacking the West, lies in an emptiness in the soul of Western Man.

Many Europeans are the “hollow men” of T. S. Eliot’s depiction.

They have repudiated their cradle faith Christianity, apologized for the sins of their fathers and sought to make reparations, embraced La Dolce Vita, materialism and hedonism, freeloaded off U.S. defense for 70 years, ceased to have children, thrown open their borders to former colonial peoples to come and repopulate the continent, and turned their back on patriotism to celebrate diversity and globalism.

They invited the world in. And the world is coming to enjoy the lavish fruits of their welfare states and, one day, will be using the West’s concept of one-man, one-vote to rule the countries that ruled their ancestors.

The colonized are slowly becoming the conquerors.

The challenge of ISIS is not entirely unhealthy. It will tell us whether Europe has the will to survive.

As for Paris, time to move on. For, given the triumph this has been for ISIS, more such massacres are inevitable.