With Apologies to Nathan Hale 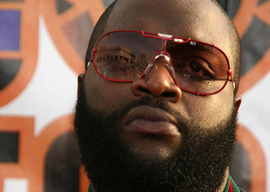 The English writer E.M. Forster infamously said that if he had to betray either his country or a friend, he hoped he would betray the former. He was cheered for it by Oxford swells who had seen their elders slaughtered in the trenches during World War I, and by fellow homosexuals whose proclivities were illegal at the time. This was sometime in the “30s. I remember being appalled upon reading it and saying to myself how typical it was of an effete English poof to denigrate his country.

Well, this is 2016, and I would be doing a Forster if it came down to choosing between the good old USA and a friend. No, I still prefer girls to boys, and still consider myself a patriot, but when the country continuously betrays its citizens, it’s time to call time-out and have a rethink. How can one justify allegiance to Uncle Sam when the President of the United States unequivocally states that he will veto any bill that would allow the Saudi government to be held responsible in a U.S. court for any role in the 9/11 terrorist attacks? Add to that outrage the statement by the U.S. Secretary of State that such a bill would establish a terrible precedent. What in heaven’s name is going on here? Close to 3,000 innocent Americans are murdered by Saudi fanatics who definitely had help from Saudi diplomats inside the United States, yet the top two boys of our government insist the bill’s a no-no. Backing the Saudis over its own citizens is something olive republics in Europe tend to do”Greece, for example, will allow the camel drivers to ignore Greek laws as long as the money flows”but even a Greek prime minister would never side with the sandy types over 3,000 Greek lives.

“Would the great Nathan, were he alive today, be as regretful that he had only one life to give for this country?”

Yet just the threat by the head camel driver to sell billions in U.S. assets if Congress passes such a bill has Osama, sorry, Obama quacking in his boots and native dress, whatever that may be. We know that the then ambassador of Saudi Arabia, Bandar, and his wife were directly involved. Funds from her bank account were discovered after the fact to have been diverted to the 16 hijackers. How can our elected leaders side with a one-family-controlled kleptocracy that has contributed nothing to society aside from funding mosques and anti-Christian propaganda, a society that stones adulterers and homosexuals to death, and one that has never been held accountable for its crimes against humanity?

But let’s put the Saudi blackmail aside, however ghastly the thought of these savages holding us to ransom is. And let’s think of Nathan Hale. Would the great Nathan, were he alive today, be as regretful that he had only one life to give for this country? Would Hale die for bathroom freedom fighters, as the grotesque Bruce Springsteen called those folks who were born one sex but like to spend time in the other sex’s bathrooms? Brucie baby has chosen not to make his noise in North Carolina, whose state legislature recently tried to preserve the preposterous idea that “single-sex multiple-occupancy bathrooms should be entered based on a person’s biological gender, not what they imagine it to be.”

Better yet, would Hale die happily for the freedom that rapper Rick Ross enjoys while on a visit to the White House? Ross was a guest of President Obama, but during the visit his ankle bracelet started beeping. Obama was discussing keeping kids from crime, when a real criminal’s beeper went off. Ross wears the bracelet because he’s out on bail for kidnapping and pistol-whipping his groundskeeper. Ross is also a songwriter. His lyrics promote Ecstasy and date rape. Oh, yes, and last year he fantasized in a rap song about killing a presidential candidate, a white one. Would Nathan really go happily to the gallows so Ross could be free to publish his stuff? (Maybe if the Brits gave him some LSD).

And how would Nathan Hale deal with Black Lives Matter? In St. Paul, Minn., two high school students punched and body-slammed a teacher who had complained about lenient disciplinary policies that had led to assaults against teachers. Both students were black, all the beaten-up teachers were white. The Obama administration has threatened school districts with lawsuits and funding cuts if the school punishes the perpetrators. Its thinking goes something like this: If more black students are punished, it is because there are more black students. Huh? Better run that by me again.

Never mind. I finally realized why Nathan was so brave. Imagine if he had known what his country would turn into. Sex and violence on TV. Rap music. Bathroom rights. Gay marriage. Benjamin Netanyahu in Washington instead of jail. The Saudis. No wonder Nathan was eager to hang. He’s still thanking God he didn”t live long enough to see what happened to the country he gave his life for.