Women in Combat: Another Nail in the Coffin 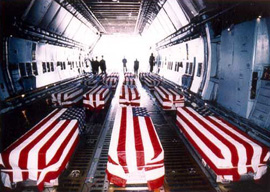 On January 23, Defense Secretary Leon Panetta lifted the ban on women in combat. He gave the generals three years to open up all positions to women, and if any of them think there is a job women can”t do, they”ll have to explain themselves.

The combat arms”infantry, armor, and artillery”are closed to women for good reasons: They can”t do the job, and they keep men from doing the job.

Drones and laser-guided munitions haven”t changed things for a grunt: You still have to run up hills with an 80-pound pack, live in dirt for weeks, and hump 96-pound 155mm artillery shells onto the back of a truck. Your buddies count on you to carry them out of the fight if they are wounded, and they can”t count on someone with half the upper-body strength of a man.

An extensive 1994 Army study of men and women”written by a woman”discovered the obvious: “The average woman does not have the same physical capacity, nor can she be trained to have the same physical capacity as the average man.” There were tests with practically no overlap. On Maximum Lifting Strength, the worst 2 percent of men were at the 92nd percentile for women.

Soldiers may have to kill or be killed at close quarters. All your enemy needs is an extra inch of reach, an extra pound of muscle, or an extra burst of speed, and he will use that advantage to kill you. No one is talking about putting women on professional sports teams”we might lose a game!”but the military is now asking for weak links that could get the whole squad killed.

Last year, a lady Marine captain named Katie Petronio wrote an article for the Marine Corps Gazette called “Get Over It! We Are Not All Created Equal.” She is a pretty tough gal”she says she could bench-press 145 pounds and squat 200 pounds”but when she worked with men in the field, “the rate of my deterioration was noticeably faster than that of male Marines.”

“A soldier’s job is to find the enemy and kill him”yes, him“not to be part of a giant experiment in egalitarian fantasy.”

She writes that if women join up, the infantry is “going to experience a colossal increase in crippling and career-ending medical conditions for females.” Some of these toy soldiers will break before they even see the enemy and then spend their lives drawing disability pay they don”t deserve.
Women in combat? Combat means close quarters. During the 2003 Iraq invasion, Marine Ryan Smith rode in an amphibious assault vehicle designed for 15 men. There were breakdowns and “by the end of the invasion we had as many as 25 men stuffed into the back.” They went 48 straight hours in the vehicle with no sanitation, and men got dysentery. “When an uncontrollable urge hit a Marine, he would be forced to stand, as best he could, hold an MRE [meals ready to eat] bag up to his rear, and defecate inches from his seated comrade’s face.”

When they got to Baghdad:

We had not showered in well over a month and our chemical protective suits were covered in a mixture of filth and dried blood. We were told to strip and place our suits in pits to be burned immediately. My unit stood there…naked, sores dotted all over our bodies, feet peeling, watching our suits burn. Later, they lined us up naked and washed us off with pressure washers.

Squad Leader Smith does not want women in combat.

As ex-Marine John Luddy explained in a Heritage Foundation report, there are other reasons why women don”t belong at the front:

[I]n the one historical case where women were deliberately placed in combat”in Israel during the 1948 Arab-Israeli War”they were removed within weeks. The reason: It was clear that men reacted to the presence of women by trying to protect them and aiding them when they became casualties instead of continuing to attack. The Israelis also learned that unit morale was seriously damaged when men saw women killed and injured on the battlefield.

Men take crazy risks to make sure women are not captured and to rescue them if they are. Remember Jessica Lynch, the 100-pound supply clerk who got into a traffic accident during the Iraq invasion and was taken prisoner? The Army told colossal lies about her Rambo-style knife fight with Iraqis”she went down on her knees to pray and never fired a shot“and then went to absurd lengths to get her back. There was a diversionary battle to draw off Iraqi troops, and a joint team of Delta Force, Army Rangers, Navy Seals, and Air Force Pararescue Jumpers”with much better things to do”snatched her from a hospital that turned out to be unguarded.

PFC Lynch was lucky. She fell into the hands of a regular Army that treated her well. But what would the Taliban do with a captured American woman? Gang-rape her, for sure. Then would she disappear into the most wretched brothel in Afghanistan or come back mutilated and pregnant and a psychological wreck?