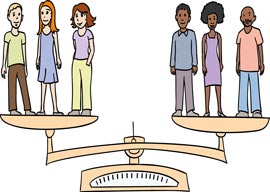 For all intents and purposes this chant could have begun with, “There once was a man from Nantucket.” Oklahoma students intend to lynch blacks about as much as the father in the limerick, “kept all his cash in a bucket.” We saw the same mythical outrage with the Jena 6 when a young boy was hospitalized by blacks for using a noose to imply racist murder. He was doing no such thing, of course. The noose was meant to represent the death of a cowboy and was a (joking) threat to fellow whites at the school. If you want to see bonafide racist chants that lead to actual violence, you need go no farther than Ferguson. There we heard plenty of hateful slogans such as “exterminate white crackers” and “kill whitey” that lead to exactly that. Shortly before Zemir Begic was beaten to death with hammers, black rioters were heard chanting, “Fuck the white people” and “kill the white people.” These mobs also chanted for dead cops and they soon got exactly that. Two more were just shot in Ferguson. The old lady narrative wants racist whites to be chanting hate speech that morphs into violence but reality keeps slapping them in the face with exactly the opposite.

There is no imminent threat of blacks getting lynched by bourgeoisie college students who sing drunk songs on a bus so let’s drop that half of the outrage. The other impetus for this national scandal was the “never be a nigger” part that alludes to the accepted fact that blacks are being pushed away from good schools. Again, the evidence shows the opposite. The New York Post recently reported that Asian students were being penalized by elite schools for having scores that were too high while black students were having their failing grades bumped up. This is not an isolated incident. Across the country schools are manually removing correct answers from Asians tests and handing them over to blacks who didn”t get the question right. Affirmative action doesn”t care if you”re a poor Chinese immigrant or an upper middle class black. It changes test results based solely on race because affirmative action is, by definition, racist.

If the all-black fraternity Alpha Phi Alpha was caught singing, “There will never be a cracker at U of T / Bust a cap in his ass is OK by me,” nobody would bat an eye. If by some weird twist of fate, the kids who sang it were expelled for the song, we wouldn”t get letters from the parents describing their shame. We”d hear cries of the 1st amendment and demands we honor free speech. They”d say the school takes public money and is therefore an arm of the state and the state is not allowed to punish American citizens for what they say. And you know what? They”d be right. This debacle is a textbook violation of free speech and like all of us, the crass and careless kids of SAE have the right to be offensive. I look forward to the University of Oklahoma being punished for their capitulation but what I really look forward to is the end of all this fake outrage. Ann Coulter tells me I don”t understand the n-word because I”m Canadian and American racism goes back to centuries of history and blah blah blah – I ain”t havin” it. As far as I”m concerned, she be straight up trippin”. As a new immigrant, I see all this bullshit for what it is: A bunch of suckas flakin” and perpetratin” but scared to kick reality. Y”all need to stop bugging and check what time it is. It’s 2015 and one day at a time, the sun gon” shine.