So, one more winter season is kaput, the best snow conditions in 50 years gone the way of ...

Being Honest About Abe 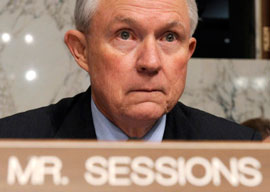 Will the Surge Work?

Chastising opposition to his economic stimulus bill last week, President Obama said Republicans “come to the table with the same tired arguments and worn ideas that helped to create this crisis.” Americans, he said, “did not vote for the false theories of the past, and they didn’t vote for phony arguments and petty politics.”

When arguing what’s best for America, sound bites seem to always overshadow the big picture. When the Bush military surge in Iraq was successful in temporarily stabilizing the country, Republicans campaigned as if the war was won. The creation of a democratic Iraq was closer than ever, said Republicans, criticizing Democrats who had tried to obstruct their efforts. When it was pointed out that the Middle East was more unstable today than when Saddam Hussein was in power, that the invasion of Iraq had dramatically increased the Al-Quada threat and their numbers, that temporarily quelling a civil war between Sunni and Shia had absolutely nothing to do with any War on Terror and that countless lives and billions of dollars later, the U.S. had paid an astronomical price for little reward, Republicans had only one response “ “the surge worked.”

But what if the economy improves after Obama’s stimulus package is implemented? Will Republicans be faced with similar declarations by Democrats, who will claim that their economic “surge worked” while ignoring the larger, catastrophic picture?

Kudos to Justin for giving us the heads-up about the potential Bloomberg acquisition of th...

The National Post opines: “Of all the provocative things for the Iranian president t...

They Lied Us Into War

The Center for Public Integrity does a public service by documenting how they lied us into...

While the AIPAC spy case may never make it to court—the defense, which is the best m...

It Takes A Liberal

Sadly, it takes a liberal—Matt Yglesias, one of the most consistently interesting le...

Here is a Youtube video of part of my speech at the Ron Paul rally in Mountain View, Calif... 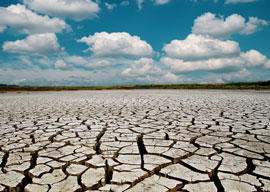 When I hear the words “major international effort” the thing I hear right after is the sound of money sluicing from the pockets of middle-class taxpayers in prosperous countries “ people like me “ into the salaries of arrogant globalist bureaucrats and Third World corruption pits.

The r3VOLution is Over

Appearing at the National Press Club this morning, flanked by rock-solid conservative thir...

Join Taki and Justin in the Seat of the Empire

Come one, come all!  Readers of Taki’s Top Drawer have a rare opportunity to me...

Why the Right Moves Left

A frequent respondent of mine, Adriana, wrote as a comment on my most recent blog that Dem...