When President Bush sold the Iraq War to the American people, he claimed that refusing to act was unacceptable as the crisis of global terrorism required immediate action. Said Bush in 2002 “Some have argued we should wait – and that is an option. In my view, it is the riskiest of all options – because the longer we wait, the stronger and bolder Saddam Hussein will become.” Critics wailed that invading Iraq would result in a decades-long occupation, the exorbitant cost of which would be too high, plaguing this and future generations. To date, Bush’s critics have been proven right.

When President Obama sold his recent stimulus package to the American people, he claimed that refusing to act was unacceptable as the economic crisis required immediate action. Said Obama in January, “we have to act and act now.” Critics wailed that the $787 billion stimulus package would result in a weaker long-term economy, and the exorbitant debt would plague this and future generations. Time will tell whether Obama’s critics are proven right.

What time has already told us is that so-called government “experts,” who allegedly have some superior insight, often lead America hastily down disastrous paths under the auspices of averting some “crisis” that coincidentally, always deserves immediate and drastic attention. Given their frequent colossal mistakes and gross miscalculations, Americans would be wise to look upon any current or future crisis-mongering with an inquisitive eye. And the drama and theatrics that accompany these crises should make Americans skeptical of their leaders” true intentions.

Did Somebody Say Elitism?

Ron Paul: Dissent in the Land of the Neocons

The last remnants of authentic conservatism over at National Review are struggling mightil...

From the Jersusalem Post: “Israel once came close to securing the release of convic...

Why not regulate everything? That seems to be the central canon of what Hugo Chavez calls ...

I had to laugh when I saw that the Hollywood writers have voted to go on strike. With the ...

The Ron Paul campaign has faced its first test in Iowa. Score: B-minus. The hope was that ...

How did the United States of America, the richest nation on earth, whose economy represent...

When President Obama, the Democrats and only three Republicans succeeded in passing a $787 billion dollar stimulus package last week, Arizona Senator John McCain said “This measure is not bipartisan, it contains much that is not stimulative and is nothing short of generational theft.”

McCain is not wrong. But it’s the first time – in a very long time – that he’s been right.

Replied New York Sen. Chuck Schumer to McCain’s criticism of the stimulus package “We know that the arguments about debt and generational theft ring hollow because you didn’t make those arguments once in the last eight years when the deficit ballooned because of spending on the Iraq war and spending on tax cuts largely for the highest income people in America.” Setting aside his class warfare, Democrat clichÃ©’s, Schumer is not wrong either.

What we are seeing in Republican opposition to this latest stimulus package is a complete reversal by leaders that have long been comfortable with massive debt, or “generational theft,” so long as their president and their party were doing the spending.

States” Rights and The Left

I know few liberals who support the War on Drugs, marriage “protection” amendments or the PATRIOT Act. In fact, if you talk to the most vocal Leftists about drug criminalization, gay marriage or the loss of civil liberties, their anti-government rhetoric can sound downright reactionary. “Government has within it a tendency to abuse its powers” said John C. Calhoun. Today, much of the American Left agrees with him.

So how do liberals square their fear of intrusive government with their enthusiasm for Obama? The opposite question could also be asked – how did so many conservatives square their fear of big government with their enthusiasm for President Bush, whose unprecedented spending and increasing of the power of the state set the stage for Obama? Sadly, most liberals or conservatives never think in such terms. Bush Republicans had no problem with big government so long as their guy was in charge of it and now the same is true of Obama Democrats.

Give the Money Back? Hell No!

The Smear Bund is busy, what with the Ron Paul campaign and all. I’ve covered the co... 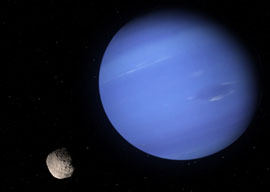