War and the Neoconservative Mind

Commenting in a new book on Abraham Lincoln, former president Jimmy Carter observed “(Lincoln) ignores the fact that the tragic combat might have been avoided altogether, and that the leaders of both sides, overwhelmingly Christian, were violating a basic premise of their belief as followers of the Prince of Peace.”

Neoconservative Ira Stoll, wrote of Carter’s criticism of Lincoln in the New York Daily News this week “How much patience should Lincoln have had with the immoral institution? How many more lashes should have fallen on the backs of American blacks during Carter’s hypothetical waiting period for slavery to terminate “peacefully?”

Whereas men like Carter, a Navy veteran, dare to consider the moral complexities, political intricacies and human cost of war, neoconservatives “ most of whom have never seen a day of service “ always whittle such questions down to a childlike framework of “good vs. evil.” Stoll never brings up the fact that 600,000 men died in the War Between the States, which is the main point of Carter’s criticism. Likewise, when Iraq war critics bring up soldier deaths and casualties, neoconservatives always ignore them, instead declaring it all worth it to defeat the “evil” Saddam Hussein.

AIG Bonuses Are a Ruse

Acknowledging a Debt to the Voters in the Democratic Primary

If I could just say a belated thank you to the voters in the Democratic primaries over the...

The highlight of the GOP presidential debate, held in New Hampshire, and broadcast on Faux...

The Next Bubble to Pop

A few weeks ago when the Fed announced a strategy designed to bring down long-term interes...

Video question on the role of the Vice President. Should there be a constitutional amendme...

The first phase of the smear campaign against Ron Paul was all about “spamming”... 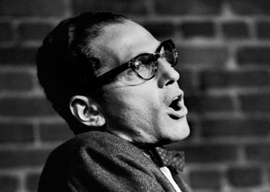 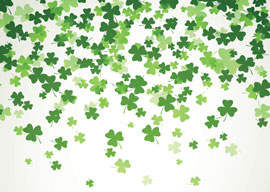 Any firms of human rights lawyers keen to take up my case may contact me through Taki’s Magazine.

Some Democrats, as I said here, are baffled that Ron Paul is such a successful politician,...

Here’s the video of Mad John McCain going ballistic over the anti-Petraeus Moveon.or...

A Governor for Change

As a congressman and now governor, South Carolina’s Mark Sanford has had one primary...